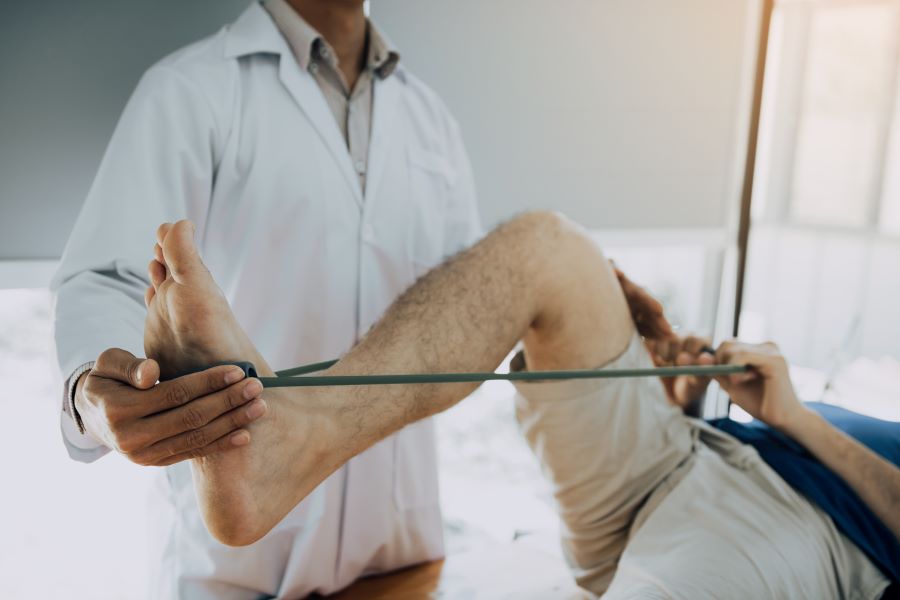 It is well-recognized that Lyme disease can cause neurologic symptoms, such as peripheral neuropathy when the infection goes untreated. Patients can experience muscle weakness and/or twitching, loss of sensation in parts of the body, numbness, tingling sensations, problems with balance and bladder control, and a feeling of dizziness or faintness. But now, new research indicates that femoral neuropathy may also be due to Lyme disease.

Femoral neuropathy, also referred to as femoral nerve dysfunction, involves a loss of movement or sensation in parts of the legs due to damage to the femoral nerve.

The patient, who lived in central New York, a region endemic for Lyme disease, developed a large erythema migrans (EM or bull’s-eye) rash on his chest, which lasted for 3 weeks, along with swelling of his left knee.

An IgG Western blot test for Lyme disease was positive, and he was treated with a 4-week course of doxycycline.

“Shortly after the completion of the doxycycline therapy, this patient began complaining of gait difficulties and frequent falls, as well as intermittent painful cramps in his right thigh.”

An electromyography (EMG) test, which measures muscle response or electrical activity when a nerve muscle is stimulated, indicated the patient had a femoral neuropathy.

“A year after the onset of the disease, and following an extensive course of physical therapy, this patient was able to return to his full-time work as an attendant in a local store,” writes Lazaro.

“We firmly believe that the femoral neuropathy and Lyme disease seen in this patient were causally related,” the authors conclude.

This patient’s femoral neuropathy could have developed into a multifocal neuropathy, which involves damage to 2 or more different nerve areas, if the antibiotic treatment had been delayed.

“… if not for a timely institution of antimicrobial therapy, [the femoral neuropathy] might have evolved into a more overt or disseminated infectious or parainfectious process, affecting both the peripheral and central nervous systems.”

The authors’ findings suggest that femoral neuropathy is “analogous to facial nerve palsy as a presenting symptom of Lyme disease without the overt involvement of other cranial or peripheral nerves.”

The list of peripheral neuromuscular segments affected in Lyme disease has grown to include the nerve cell bodies and their axons, all of the cranial nerves except the olfactory nerve, the nerve roots, the brachial and lumbosacral plexuses, and the peripheral nerves, either in isolation or as part of a multiple or diffuse neuropathic process.²-³

13 Replies to "Lyme disease triggers neuropathy in the legs"