Getting the diagnosis correct and avoiding ‘anchor bias’ 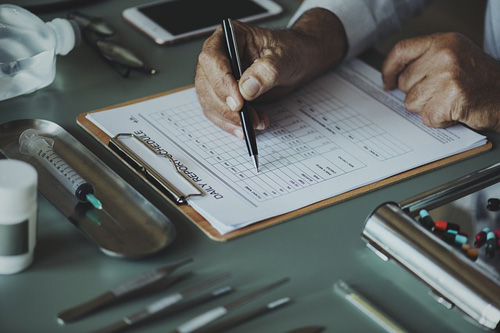 ‘Anchor bias’ can occur when a doctor makes decisions based on the initial information (anchor) provided and in turn, misses the correct diagnosis. For example, a patient may be diagnosed with chronic fatigue syndrome, fibromyalgia, migraines or a mood disorder because the physician focused on the first information and missed the diagnosis of Lyme disease.

Conversely, anchor bias might also occur if a doctor considers only the initial information and incorrectly diagnoses Lyme disease and misses the true diagnosis. Aguirre and colleagues describe this scenario in their paper Anchoring Bias, Lyme Disease, and the Diagnosis Conundrum. [1]

A 29-year-old man living in Florida presented with severe headaches, fever, myalgia, and diarrhea. “He developed facial paresis with nonfocal paresthesia, bilateral scotomas, and a self-resolved erythematous patch along his inner thigh weeks prior,” the authors state.

The patient also had a Western blot positive IgM and a negative IgG for Borrelia burgdorferi. Doctors initially presumed he had early disseminated Lyme meningitis and prescribed doxycycline.

However, after further testing, the final diagnosis was changed to Echovirus 30 and Coxsackie B5.

The authors concluded that the diagnosis of Lyme disease was an anchor bias.

“His headache and vision improved gradually,” writes Aguirre. “However, the patient experienced distress from misdiagnosis with a life-threatening and contagious illness affecting family contact and financial burden from prolonged work leave.”

Editor’s note: I am not convinced that this is a good example of an anchor bias. Lyme disease does occur in Florida. “Of 216 regional cases reported in 2016, 132 were confirmed positive by the CDC,” writes Aguirre.

Furthermore, I do not agree with the authors’ conclusion that anchor bias could have been avoided if the CDC’s two-tier testing process was used. Only 25% of patients with early Lyme disease tested positive with it, according to a 2017 study published in Clinical Infectious Diseases. And, only 55% of the early Lyme disease study participants had positive results on convalescence.

3 Replies to "Getting the diagnosis correct and avoiding ‘anchor bias’"