Lack of knowledge about Lyme disease in Canada 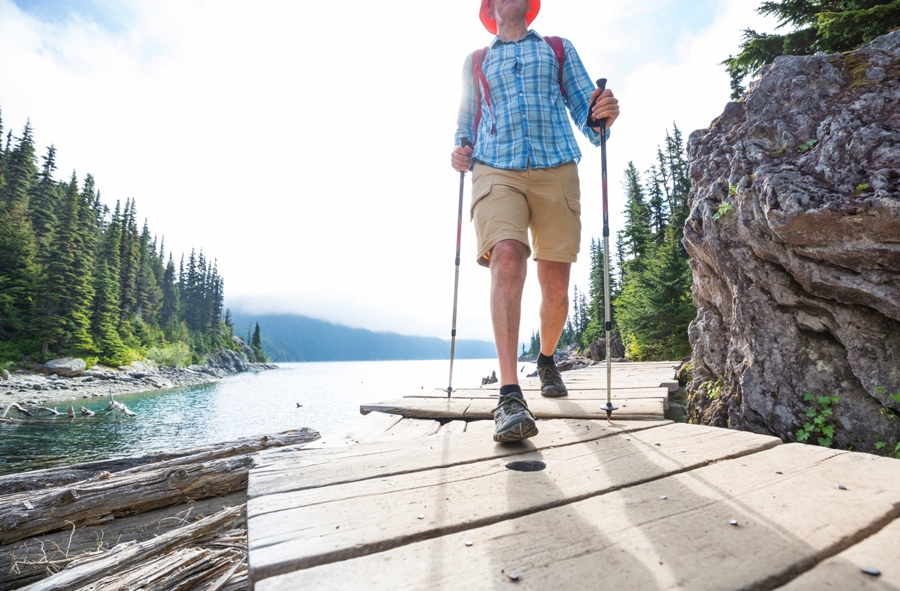 The number of Lyme disease cases in Canada continues to rise. Climate change, along with other factors, are enabling ticks to expand into the eastern and central provinces of Canada, including southern New Brunswick. But how knowledgeable are residents in those areas about Lyme disease and how willing are they to adopt protective measures to prevent tick bites? A new survey provides some answers.

Researchers surveyed 137 participants from 11 professional and recreational organizations across New Brunswick between December 2018 and February 2019 to better understand Lyme disease in canada. Thirty-six percent of the participants spent time outdoors for their occupation and 64% for recreational activities.

Only one of the participants had been previously diagnosed with Lyme disease in Canada, while 14 were unsure about whether they had ever been infected.

“Of these participants, two reported that their symptoms began six or more years prior to the completion of the survey and one participant indicated that they were still suﬀering at the time of the study,” the authors write.¹

Survey participants were asked how frequently they perform protective behaviors. For example, “How often do you wear long pants to avoid ticks infected with Lyme disease?”

Hiking (66%) was the most common activity reported by participants in the recreational group while golfing (12%) was the least. Other activities included sport ﬁshing, home gardening, sport hunting, dog ownership, and recreational paddling.

The only two safety behaviors that occurred more than “sometimes” involved wearing long pants and protective footwear. However, these behaviors were related more to comfort than to tick bite prevention.

The authors noted that “the protective behaviors are only frequently adopted if they protect the individual from immediate discomfort, such as long pants protecting one’s legs from scratches and protective footwear preventing foot and ankle injuries.”

Individuals were less likely to adopt the following behaviors: tucking pants in socks, spraying insecticide on the environment, avoidance of sitting on grass, and avoidance of walking in long grass.

“Overall, the entire sample reported a low level of knowledge about Lyme disease,” writes Pierre and colleagues in their article entitled “Knowledge and Knowledge Needs about Lyme Disease among Occupational and Recreational Users of the Outdoors.”¹

“Our ﬁndings call attention to a desire for further information about all aspects of tick exposure and Lyme disease among individuals that spend time outdoors in New Brunswick,” the authors write.

Furthermore, “behaviors linked to avoiding tick bites are being carried out relatively infrequently.”

There were a number of questions and concerns raised by the participants that demonstrate their desire to know more about Lyme disease in Canada and the prevalence of infected ticks in their region.  Comments included:

“Knowing which areas are active with Lyme-infected ticks would be very helpful. I feel like all the precautions are not worth the trouble if my area is not a hot-spot. I don’t know if some areas are more high risk than others or if the risk is the same across the province, or region.”

“Clear protocol explanations for how to remove ticks and if they should be brought with you to the doctor – how to proceed.”

What are the “side eﬀects, side eﬀects from delayed/neglected treatment?”

“Is there a time limit where the eﬀects of Lyme are permanently irreversible?”

“How soon should an individual seek medical attention if feeling symptoms of [Lyme disease] LD?

“Why is it so much easier to get a diagnosis for animals than it is for humans?”

“Pets get lots of ticks. I’ve heard diﬀerent information about whether cats/dogs can get Lyme disease, how it aﬀects them (how you can tell they have it), whether they can transfer it to you, etc.”

“How are physicians trained to deal with this serious disease?”

“Have any advancements been made in diagnosis and treatment?”

“Do you still have to have testing and treatment done in the USA for best results?”

Editor’s note: The questions raised by those living in Canada are the same questions I am asked regularly in my practice.

Impact of environmental changes on tick-borne diseases in Canada

Causes for underdetection of Lyme disease in Canada

No Replies to "Lack of knowledge about Lyme disease in Canada"