Are lone star ticks in your neighborhood? 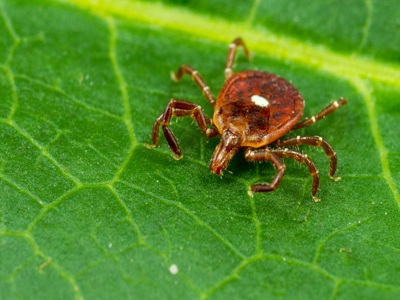 Have you ever wondered what types of ticks are in your neighborhood? Researchers asked the public to submit ticks they encountered over an 11-year period. Surprisingly, they discovered that the lone star tick (Amblyomma americanum) actually outnumbered the black-legged tick (Ixodes scapularis), which is known for transmitting Lyme disease.

Between 2006 and 2016, researchers received 8,608 ticks from 22 states in the U.S. [1] However, most of the ticks were collected in Monmouth County, New Jersey, where the investigators were located. Monmouth County has long been recognized as endemic for Lyme disease.

Researchers found that lone star ticks accounted for nearly half (48.1%) of the ticks submitted, “far outpacing encounters with I. scapularis (28.2% of submissions).”

Most tick bites found on young children and seniors

The greatest number of ticks were removed from children ages 0 to 9 and adults age 50 and older. “These age groups were also more likely to submit partially or fully engorged ticks, suggesting increased risk of tick-borne disease transmission to these vulnerable age groups,” writes Jordan in the journal PLoS One.

Ticks were more likely to be collected from an individual’s place of residence, rather than from a park or natural area. This was particularly true for individuals over 60 years of age.

The lone star tick is expanding into new regions causing concern, as it can transmit several types of tick-borne diseases, along with a rare meat allergy. Click To Tweet

The authors remind us of the risk of tick bites occurring even during “mundane activities like raking leaves or gardening in one’s own backyard.”

Developmental stage of the ticks varied. “While I. scapularis submissions were split roughly 50–50 between adult females and nymphs, fully 61% of all A. americanum submissions were nymphal ticks.”

Given that black-legged (deer) ticks were submitted throughout the year, the authors warn readers “that fall and winter active I. scapularis females may play [a role] in disease transmission.”

Meanwhile, lone star and dog ticks were submitted most often in the spring and summer months.

This study offers us insight into the growing threat of the lone star tick, both at home and in our neighborhoods.

Video: Where is the lone star tick found?
What blood type do ticks prefer?
When should you worry about ticks in your neighborhood?

No Replies to "Are lone star ticks in your neighborhood?"