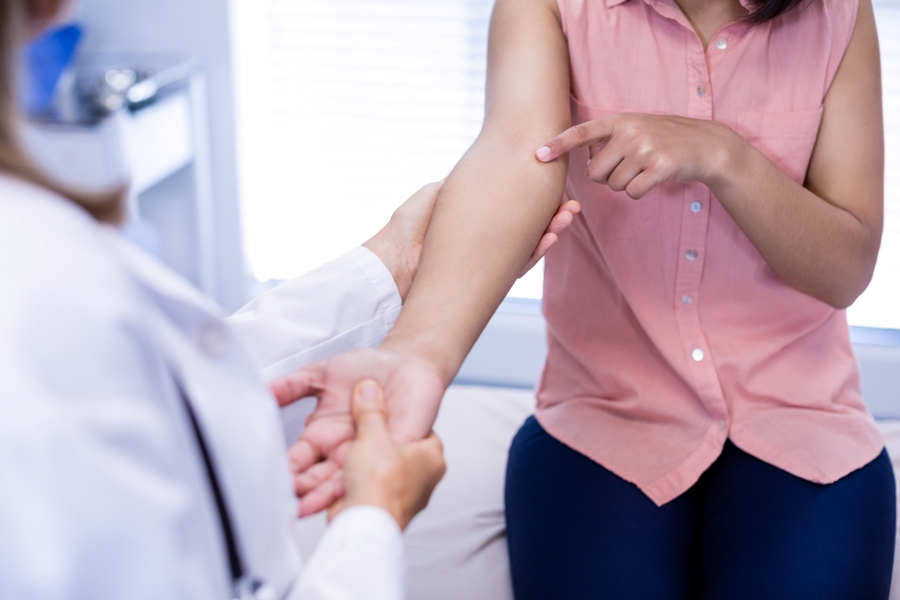 Lyme disease can mimic acute and chronic illness. In their article “Lyme Disease Mimics Postoperative Cellulitis,” the authors describe a patient who developed an abdominal rash, which was initially diagnosed as cellulitis, six days after a laparoscopic left salpingo-oophorectomy surgery. [1]

The 40-year-old woman, who developed redness, swelling, pain, and a rash at the excision site, was treated with cephalexin and later switched to trimethoprim/sulfamethoxazole (TMP/SMX).  This case describes a case where Lyme disease mimics cellulitis.

“Over the next 24 hours, there was a rapid expansion of abdominal redness and patchy areas of redness on her left groin and her right forearm,” the authors write. The patient had complained of muscle and joint stiffness but attributed it to recent outdoor camping and exercise.

The woman was “admitted for postoperative cellulitis remote from surgery.” She was treated with doxycycline for possible Lyme disease, due to her recent camping trip and exposure to ticks.

Within hours of starting doxycycline, the patient’s “abdominal erythema [rash] significantly receded, the forearm and leg rashes resolved, and the joint pain and stiffness improved markedly.”

The Lyme disease diagnosis was confirmed with an IgM Western blot test.

“Initial suppression of the worsening rash could have been due to a low level of TMP/SMX activity on Borrelia burgdorferi stationary phase cells,” the authors explain.

Rashes caused by Lyme disease may be incorrectly identified and attributed to other conditions, such as cellulitis. Click To Tweet

Lyme disease rashes have been misidentified

Lyme disease rashes were misidentified in a case series involving 88 patients who presented with an erythema migrans (EM).  In 13 of these patients, the rash had been incorrectly identified or treated.

“Rashes were often misidentified by clinicians and patients as a spider bite, cellulitis, or shingles,” wrote Aucott and colleagues. [2]

The authors concluded, “Until more accurate tests are developed for early Lyme disease, cases without a diagnostic EM rash will need to be managed carefully.

In patients with cutaneous lesions where the differential diagnosis of cellulitis is not certain, empiric antibiotics should be chosen that will have activity against both Lyme disease and common agents of cellulitis.”

Editor’s note: I have prescribed cefuroxime or amoxicillin/clavulanic acid if Lyme disease is a consideration. Neither cephalexin nor TMP/SMX are effective against Lyme disease. If I believe Lyme disease is involved, I will treat patients longer than 7 to 10 days.  You can look at the rash yourself as the journal is open access.

How the incidence of an EM rash can be inflated