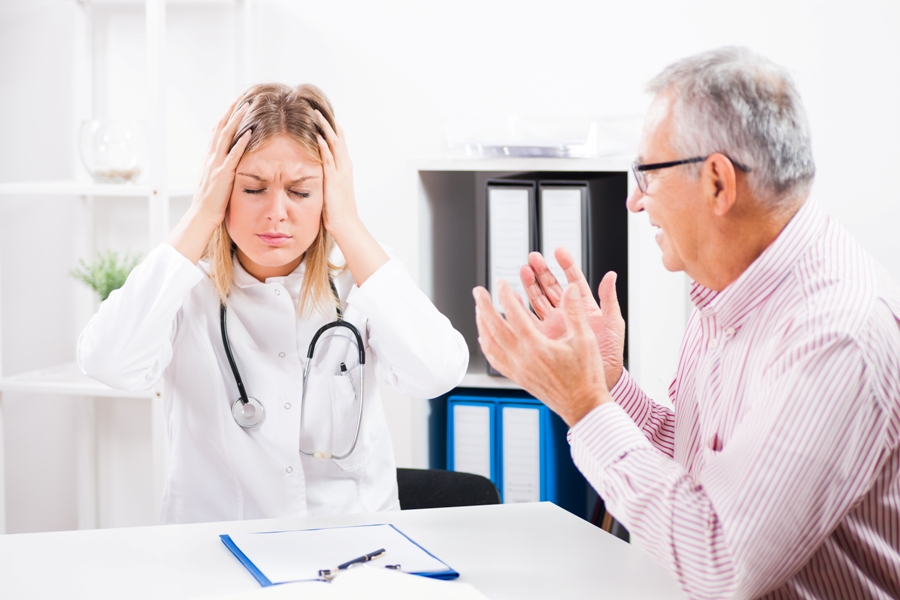 In their study, “Primary care clinical provider knowledge and experiences in the diagnosis and treatment of tick‑borne illness: a qualitative assessment from a Lyme disease endemic community,” Mattoon and colleagues examined frontline and primary care doctor’s knowledge and practices for identifying patients with tick-borne diseases.

They found that some physicians are frustrated with Lyme disease (LD) patients. “Providers described challenges and frustrations in counseling patients with strong preconceptions of LD diagnosis and treatment in the context of chronic infection,” the authors wrote.

The authors came to this conclusion after a series of focus groups with 14 clinicians from three primary care practices and a survey of 24 urgent and emergency care clinicians.

The diagnostic process contributed to some of the frustration. “Clinicians had a self-professed lack of awareness of TBDs [tick-borne diseases] outside of Lyme disease, noting that they were unfamiliar with the signs, symptoms, and appropriate serologic testing needed to diagnose non-Lyme TBDs, as well as the prevalence of these TBDs in their local communities.”

More specifically, nearly 50% of clinicians reported feeling “not at all knowledgeable on anaplasmosis.”

Treatment approaches also led to frustration. Clinicians “appeared to have difficulty in identifying the appropriate treatment approach for patients with nonspecific symptoms and negative Lyme disease serology, with only 66.7% [of clinicians] providing the correct answer,” the authors wrote.

Some doctors were frustrated when patients challenged their treatment plan.  “This commonly came in the form of patients rejecting results of serologic testing, wanting a different length of antibiotic course than that prescribed, or seeking an alternative treatment modality.”

Some doctors were frustrated with the time and effort involved in taking care of these patients. “Clinical encounters with these patients were described as time consuming and difficult.”

Finally, some doctors were frustrated by  contradictory information by outside providers. “Two focus group discussions centered around differences in care plans between participants’ primary care offices and what they termed the ‘Lyme literate’ community.”

Need for more education and training

Clinicians felt additional training would be help avoid some of these problems. The authors cited an example:

“I ordered what I thought was sort of the standard Lyme titer. It came back negative and this kid continued to have a swollen knee…He went to the orthopedist. They couldn’t figure it out. He’s going up to the rheumatologist. And it’s just because I ordered the wrong test…I think [I] ordered the PCR, which was like, you know, the quick and easy one. But actually that wasn’t probably a good one to do.” [FG3, Pediatrics]

“The gaps in knowledge identified through the focus group and online survey data, coupled with the consistent necessity to provide point-of-care counseling and education to patients,” the authors concluded, “highlight a pressing need for resources and support for primary care and frontline providers treating patients for TBDs.”

Neither the authors nor the participating clinicians questioned the accuracy of the diagnostic testing and treatment plans they administer.