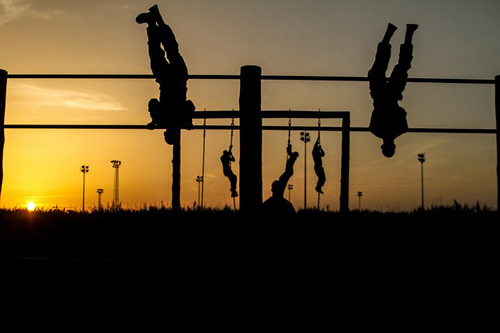 Military personnel are at a particularly high risk of contracting a tick-borne disease, as they spend the majority of their time outdoors and in heavily forested areas. A new study, by Sammito and colleagues, looks at the risk of tick bites among individuals in the military stationed in northern Germany.

The authors examined the incidence of tick bites among military personnel specifically occurring during field training and the rate of complications resulting from the bite. 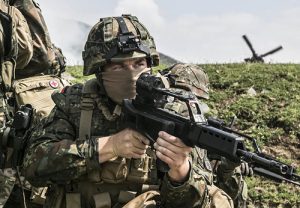 Military personnel at basic training camps in northern Germany have a low but relevant risk for tick bites, according to a new study.

They found that “One out of 17.5 recruits suffered a tick bite during basic training.” [1]

“It turns out that there is a rather low but relevant risk of being exposed to tick bites for military personnel during their field training,” the authors state.

However, the true number may have been higher, as the figures were based solely on a review of the medical records.

“It cannot be ruled out that tick bites went unnoticed or that attached ticks were removed by the affected soldiers themselves,” writes Sammito.

In contrast, earlier studies have shown a higher incidence of tick bites in the military. However, these studies were conducted in other regions and climate zones of Germany. [2]

During the 3-year study period, 66 tick bites were recorded. The majority (88%) occurred between May and September.

Castor bean ticks (Ixodes ricinus), which are the most common species of hard ticks in the northern region of Germany, can transmit more than 20 different pathogens.

“The most prevalent infections are those with Borrelia burgdorferi s.l., which causes Lyme disease, and the tick-borne meningoencephalitis virus,” writes Sammito.

Based on the medical records, none of the recruits became ill from tick bites.

However, “the endemic distribution of Borrelia burgdorferi s.l. and tick-borne encephalitis (TBE) justify the implementation of timely compulsory preventive health care (at the beginning of training),” writes Sammito.

“This should include,” Sammito adds, “information on preventive measures (e.g. the use of treated clothing), body inspection after exposure in areas with ticks, options for action in case of tick bites and TBE vaccination in endemic areas, if required.”