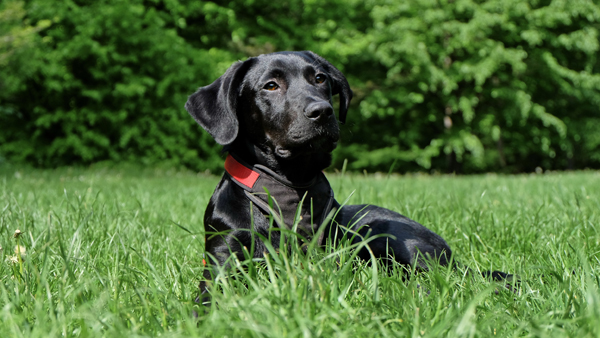 Dogs can be effective sentinels in assessing the risks of Lyme disease to humans in non-endemic regions. “Domestic pets, such as dogs, are significant risk factors for disease acquisition, and six times more likely to be exposed to infected ticks due to the increased potential exposure time in tick habitat,” explains Hendricks and colleagues in the journal Geospatial Health. [1]

Researchers have conducted numerous animal sentinel studies to monitor the occurrence and spread of Lyme disease. “These studies primarily focused on ticks and associated pathogens collected from domestic dogs because of their ability to produce antibodies to B. burgdorferi, attainable travel history information, and frequency of outdoor exposure,” says Hendricks.

Hendricks’ team looked at confirmed Lyme disease cases and ticks submitted by 62 veterinarian practices to the West Virginia State Health Department between 2014-2016. They found, 1,305 Ixodes Scapularis ticks were removed from dogs, compared with 363 from cats.

The authors concluded that only dogs were effective sentinel populations for monitoring risks of human exposure to Lyme disease.

West Virginia can no longer consider itself a low incidence state, the authors point out. “States which have high incidence status have had ≥10 confirmed cases of Lyme disease per 100,000 persons for the last three reporting years (CDC, 2017),” writes Hendricks. “In 2017, West Virginia met this criterion based on 2014 to 2016 human surveillance data.”

Tracking ticks in West Virginia using man’s best friend is more important than ever now that West Virginia has lost its status as a low incidence state.

How to test for Lyme disease using a tick

Cats carry all types of ticks and tick-borne diseases