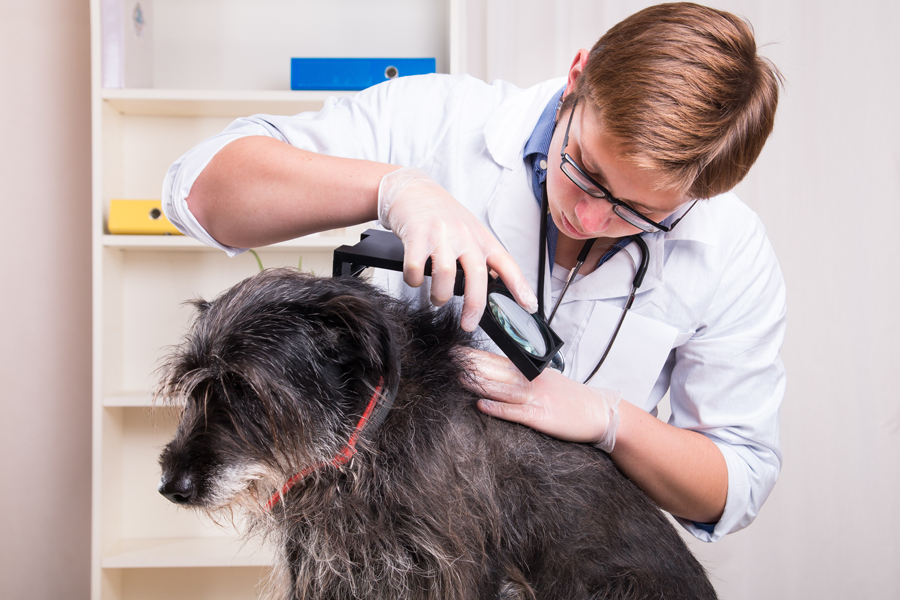 Our dogs are catching Lyme disease -- in greater numbers and in a wider geographic region. What does this mean for humans? In mapping the prevalence of the tick-borne illness in canines, researchers hope the data may prove useful in predicting areas where human Lyme disease may become a concern.

Typically, there is a delay in diagnosing dogs with Lyme disease. Based on their review of the literature, the authors summarized several reasons for this:

Researchers mapped Lyme disease in the USA using 11,937,925 Borrelia burgdorferi serologic test results from dogs collected within the 48 contiguous states between 2011 and 2015, according to a study published in PLoS One. [1] Watson, from Clemson University, reported that 759,103 of those dogs had tested positive for Lyme disease.

Seropositivity against B. burgdorferi was established using the late phase C6 antigen (ELISA) rather than the two-tier surveillance case definition established by the Centers for Disease Control and Prevention (CDC).

“Perhaps most striking is the recognized expansion of seropositive dogs on the northern border of the contiguous U.S. along the Canadian border…”

The authors also noted a higher prevalence of B. burgdorferi antibody in dogs from other states, as well. “We observed an expansion of this endemic range to include Northern California, Southeastern Oregon, Southwestern Idaho, Eastern Colorado and Northern New Mexico,” writes Watson. [1]

An increasing number of dogs are testing positive for Lyme disease in expanded geographic regions. Click To Tweet

“Perhaps most striking is the recognized expansion of seropositive dogs on the northern border of the contiguous U.S. along the Canadian border, including North Dakota, and the border of Northern Montana and Idaho.”

The growing number of dogs testing positive for Lyme disease in an expanding geographic region raises concerns about the threat to public health. “The westward expansion of canine B. burgdorferi seroprevalence from Minnesota into North Dakota mirrors recent reports that Lyme disease is poised to be a significant human public health concern in North Dakota,” notes Watson. [1]

“Of note is the apparent convergence of B. burgdorferi infection of dogs from the Northeastern and Mid-Central United States in the Great Lakes region, encompassing Indiana, Ohio, Illinois, Kentucky and Michigan.”

The author’s findings suggest “annual testing of dogs in these states, as well as North Dakota and bordering Canadian provinces is strongly warranted.” Other regions might benefit from annual tests, as well. For example, in 2015, 606 of 57,785 test results reported in South Carolina were positive for B. burgdorferi, according to Watson.

An annual B. burgdorferi seroprevalence study of our dogs could highlight the potential risks for both dogs and humans in acquiring a tick-borne illness.

No Replies to "Using dogs to map Lyme disease"