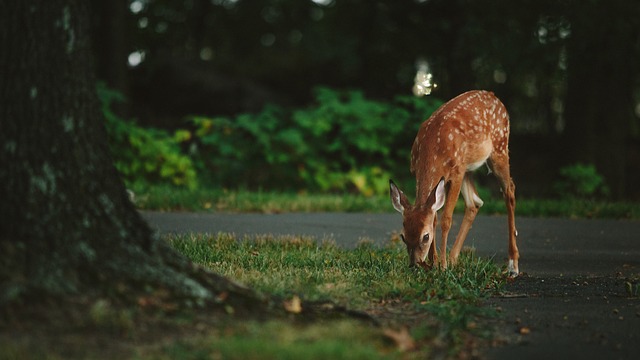 Adult blacklegged ticks (Ixodes scapularis) which can transmit the Lyme disease bacteria Borrelia burgdorferi, along with a multitude of other pathogens, prefer to feed on white-tailed deer. The white-footed mouse is the primary reservoir host. As more and more tick-borne diseases emerge, the urgency for finding effective tick management strategies is greater than ever before. Blacklegged ticks are now known to transmit other infectious agents which cause Anaplasmosis, Babesia, Borrelia miyamotoi, and Powassan virus.

Over the years, there has been much discussion and debate over whether reducing the deer population would in turn help lower the risk of Lyme disease, particularly in endemic regions. A 2014 study found that reducing the deer population “dramatically reduced I. scapularis abundance and Lyme disease cases on a Connecticut peninsula.” [1] A study conducted 2 years later, however, found that deer reduction was not effective in controlling I. scapularis in non-insular areas.

In an effort to determine the efficacy of various tick management approaches, including deer reduction, investigators from the Center for Vector Biology & Zoonotic Diseases at The Connecticut Agricultural Experiment Station in Connecticut conducted a 3-year study in Redding, Connecticut – a town endemic for Lyme disease. Four residential neighborhoods were included in the study, which took place between January 2013 and September 2015. [2]

In contrast, a combination of broadcast application of Metarhizium anisopliae (an entomopathogenic fungus) and the distribution of fipronil-based rodent-targeted bait boxes resulted in a 94% reduction in larval I. scapularis parasitizing white-foot mice that tested positive for B. burgdorferi, respectively.

What went wrong with the deer reduction tactic?

The authors planned on reducing the deer population to below 4.0 deer/km2 using professional sharpshooters. “Deer were concentrated with bait on cooperating homeowners’ properties and euthanized with a single 0.223 caliber bullet to the center of the brain, consistent with American Veterinary Medical Association and Sikes and Gannon (2011) standards for humane euthanasia and in compliance with The Connecticut Agricultural Experiment Station’s Institutional Animal Care and Use Committee (#P18-13) and Connecticut Department of Energy and Environmental Protection’s Volunteer Authorization (#1315006b),” writes Williams.

“Deer were removed from January-March of each year, largely after the end of the regulated hunting season,” added Williams.

However, investigators fell far short of their desired goal for 4.0 deer/km2. The deer population was reduced to not much below 17 deer/km2. “Due to hunter interference and resulting safety concerns, we were forced to suspend deer removal efforts prematurely and did not achieve target densities,” explains Williams.

What are the problems with the combination of M. anisopliae/fipronil-based bait boxes?

A previous study found bait boxes had limited success. According to Williams, for larger properties with a high abundance of white-footed mice, bait boxes were effective in eliminating nymphal I. scapularis and reducing B. burgdorferi infection in white-footed mice by 53%.

In this study, the combination of M. anisopliae/fipronil-based bait boxes reduced the population of I. scapularis ticks on white-footed mice, “but not to levels sufficient to interrupt the B. burgdorferi pathogen transmission cycle,” writes Williams.

The authors suggest that placing more bait boxes on larger, individual properties might be more effective. But at a higher cost. “A second ring of bait boxes would likely have broken the transmission cycle, but at $40/installed box, this strategy would likely be cost prohibitive to most homeowners (≈$1,000/season).” [2]

The combination of M. anisopliae/fipronil-based bait boxes could, however, be effective for localized relief, the authors conclude. Meanwhile, deer reduction alone would only be effective if communities could commit to a deer population below 5.0 deer/km2.

What is entomopathogenic fungi?

Fipronil in a bait box allows the use of an acaricide without raising the same level of environmental concerns for a homeowner. “Fipronil belongs to the phenylpyrazole family and has acaricidal and insecticidal properties,” writes Bonneau from Virbac, France, in the journal Parasites and Vectors. [4] “Fipronil’s putative mode of insecticidal action is interference with the passage of chloride ions through the gamma- aminobutyric acid (GABA)-regulated chloride ion channel, which results in uncontrolled central nervous system activity and subsequent death of the insect.”

Where are the ticks and what are the diseases they carry?

No Replies to "Will eliminating deer help stop the spread of infected ticks?"