Back yards at risk of migrating deer ticks 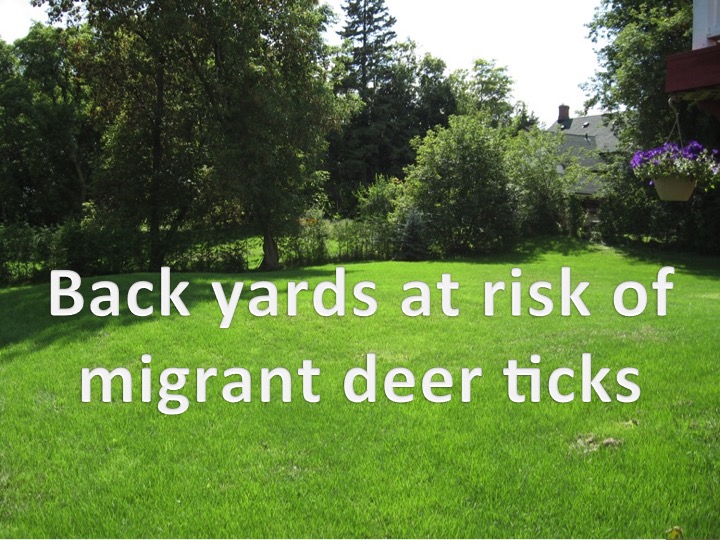 The expansion of deer ticks into new geographical regions has been the subject of much research, as Lyme disease cases continue emerging in areas once thought to be free of Borrelia burgdorferi-infected ticks. Studies report that migrating birds are carrying ticks long distances. But could ticks be migrating short distances into your back yard?

“The increases in the geographic range and population sizes of several tick species over the previous few decades in the northern hemisphere have resulted in dramatic increases in the incidence of tick-borne diseases such as tick-borne encephalitis, Lyme disease, Babesiosis, Anaplasmosis, and human granulocytic Ehrlichiosis,” says Camilo E. Khatchikian, a postdoctoral researcher in Penn’s Department of Biology in the School of Arts & Sciences.

A new study published in the journal Evolution reveals the migration pattern for a select population of deer ticks. The study found ticks make short-distance moves, only a few meters, without the help of vertebrate hosts or birds. The findings are particularly important when investigating ways of controlling the tick population and stopping the spread of the disease.

“From the point of view of human disease, it doesn’t really matter where they come from; the point is that they’re here,” states Khatchikian. “But when you start thinking about how to control and prevent infections, it matters to know how easily the vectors of the disease are moving.” 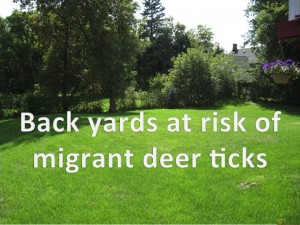 A homeowner could clear their yard, making it free of ticks but if the ticks are migrating short distances, easily and slowly, then the same yard could have a whole new population of ticks the next week.

“From a control perspective, if you know they are moving extremely easily, you could control them in your backyard but they might be back in a week,” Khatchikian points out.

The authors findings suggested “a recent and rapid population and geographic range expansion … on a recent (<100 years) as opposed to a glacial (>1000 years) time scale.”

They raise the concern that establishment of I. scapularis populations in novel areas has increased the suitability of these areas to disease transmission. The authors end with a grim observation “the continuous influx of migrants also reduces the chance of local extinctions of tick and pathogen populations and increases the chances of their regional persistence.”

No Replies to "Back yards at risk of migrating deer ticks"