How can Lyme disease affect babies? 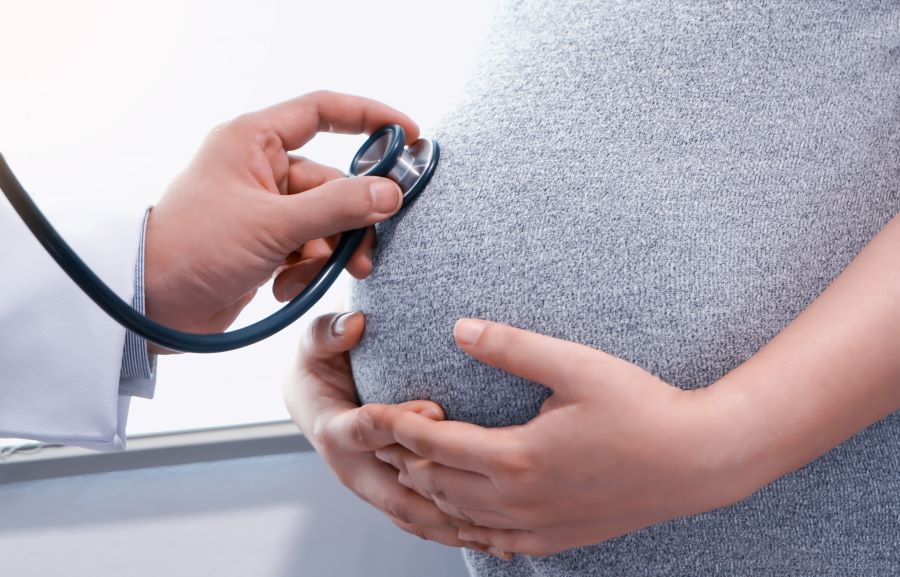 People who are pregnant or planning to become pregnant have been concerned about the effect of Lyme disease on their babies. In their study, “Lyme borreliosis in pregnancy and associations with parent and offspring health outcomes: An international cross-sectional survey,” Leavey and colleagues summarized the outcome of 446 (65%) participants with diagnosed Lyme disease and 45 (7%) participants with probable Lyme disease. [1]

The authors recruited their participants through a Lyme disease-focused organization, but eligibility was open to anyone over 18 years of age who had been pregnant. They included participants who did not develop symptoms until after their pregnancies and individuals who were not treated for Lyme disease (LD) for years after their pregnancy despite being symptomatic before pregnancy.

“Only 45% of diagnosed LD and 61% of suspected LD participants recalled a tick bite, and < 40% noticed an EM rash,” wrote the authors.

Children born to mothers who were more likely to have Lyme disease during their pregnancy did not differ in gestational age at delivery, intrauterine growth restriction diagnoses, congenital anomalies, or hyperbilirubinemia rates compared to children who were not.

Children born to mothers who were more likely to have Lyme disease at the time of their pregnancy “demonstrated a wide range of pathologies, including musculoskeletal, gastrointestinal, orthopedic, cardiovascular, respiratory, sleep, rashes, fevers, concentration, sensory, and vision issues,” wrote the authors. However, the authors were not able to determine if their illness was related to Lyme disease, genetics or infection after birth.

The study had several limitations. The recruitment was primarily through North America’s Lyme disease-based advocacy groups. And results may be subject to recall bias as many of the dates for the pregnancy were 10 to 70 years prior to the survey. Finally, any cross-sectional study would need further study validate the results and determine causality.

Despite the limitations, the authors conclude, “This survey provides an important foundation upon which hypotheses can be generated for many overdue projects focused on Lyme disease in pregnancy.”

Furthermore, “our results support the hypothesis that parent treatment for Lyme disease before or during pregnancy can attenuate severe pathology in neonates/children but does not eliminate poor outcomes entirely.”

Case series: No complications with Lyme disease and pregnancy

Mother describes challenges in getting treatment for newborn with Lyme disease

My son was born 24 years ago w/Lyme disease, he was diagnosed at 4 weeks old! Unbeknown to me I was positive for Lyme. I was bitten by a tick, probably 2 months before conception with my 1st pregnancy, that ended in a miscarriage. When the tick was removed I tested flase positive. There was never a rash, but I do remember the soreness on the bottom of my feet and joint pain. After 2 more unsuccessful pregnancies that all end in miscarriages. I became pregnant once again, this time was different there was 24 hours of morning sickness, very dizzy, carpal tunnel, headaches & gestational diabetes. Baby was full term and things appeared perfect. Until shortly after we came home my health went into a downward spiral. I had gotten to the point my husband had to care for our son. Desperately trying to figure out what was going on I went to Dr.after Dr. I was told I had postpartum went to a physiologist he said no. My PPC told my I was just ” not use to carrying extra weight & go on a diet!” It was at the baby’s 1 month check up his pediatrician Dr. Charles Jones noticed the changes in my health. He asked if I was ever bitten by a tick. This man saved my life!! He tested my son and sent me to the proper doctor.