How does Lyme disease affect the brain? 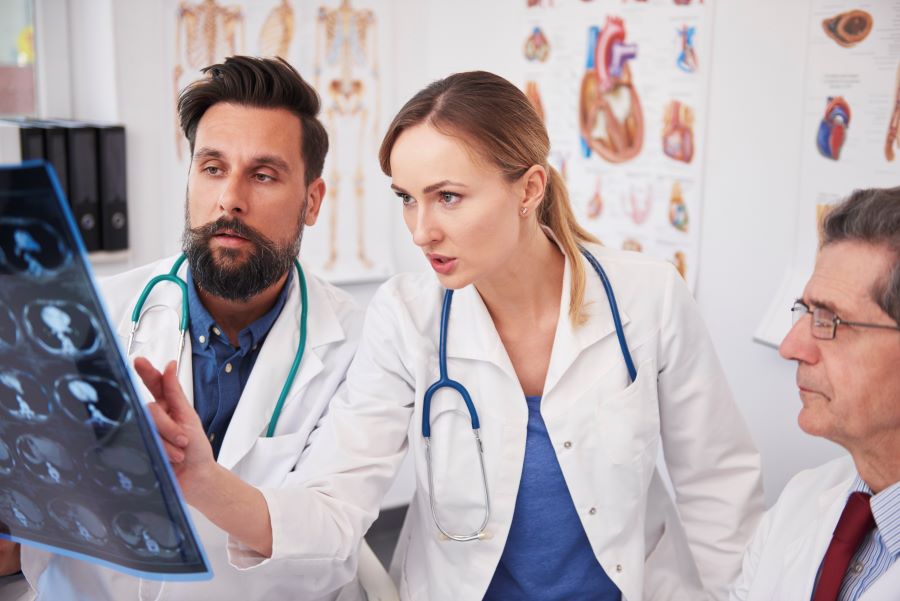 Lyme disease can lead to acute and chronic disturbances of the brain including encephalopathy, meningitis, neuropsychiatric disease, central sensitization syndrome, visual disturbances, and Bell's palsy (paralysis of the facial muscles). In a recent study, researchers described what Lyme disease can do to your brain.

Marvel and colleagues administered working memory tests to 12 subjects with Post Treatment Lyme disease (PTLD) and 18 healthy controls while undergoing functional MRI (fMRI). Investigators aimed to determine, using multimodal neuroimaging methods, how Lyme disease may affect the brain. A fMRI looks at the function of the brain by detecting the changes in blood flow in response to neural activity.

In their article “A multimodal neuroimaging study of brain abnormalities and clinical correlates in post treatment Lyme disease,” the authors were able to demonstrate that individuals in the PTLD group showed altered task-related activations.¹

In several regions of the brain, the study found reductions in blood flow in individuals with PTLD compared to controls.

Furthermore, individuals with “PTLD responded more slowly, but no less accurately, than did controls,” wrote the authors.

“Together, these results show that the brain is altered by PTLD, involving changes to white matter within the frontal lobe.”

There were areas of the brain in individuals with PTLD which showed higher activity. “Higher axial diffusivity may reflect white matter repair and healing over time, rather than pathology, and cognition appears to be dynamically affected throughout this repair process,” wrote the authors.

“The PTLD group relied on compensatory mechanisms to complete the task, given that they performed as well as controls did,” the authors pointed out.

The study highlighted the importance of white matter findings in individuals with PTLD.

“The relationship of these unexpected white matter findings to the clinical features of PTLD suggest that white matter abnormalities may have an important role in the symptomatology of PTLD.”

According to the authors, “results reported here may have implications for other diseases in which white matter pathology has been demonstrated (e.g., multiple sclerosis) or in illnesses in which cognitive complaints follow disease onset in the absence of objective methods to confirm neuropathology (e.g., chronic fatigue syndrome, fibromyalgia, post-acute COVID.)”

The use of multimodal neuroimaging methods, the authors wrote, “may be a viable approach for obtaining information on brain function and structure to identify biomarkers of disease burden.”

Note: The study is limited by the small size and stringent inclusion criteria.

I have been treated for lymes in early May and late October I started having pain in my index finger main joints. Recently one index finger had turned a purplish color. Is there any correlation between the two?

I have had Lyme disease patients with bluish extremities associated with dysautonomia.

my daughter began having seizures about a year after being treated for lyme arthritis. Is there any other similar situations?

I have Lyme disease patients in my practice whose develop neurologic problems after resolution of their rheumatologic condition. Their seizures persist despite a thorough neurologic assessment. The seizures are often atypical. There are usually other symptoms between seizures. I have found treatment for Lyme disease helpful for some of these cases.