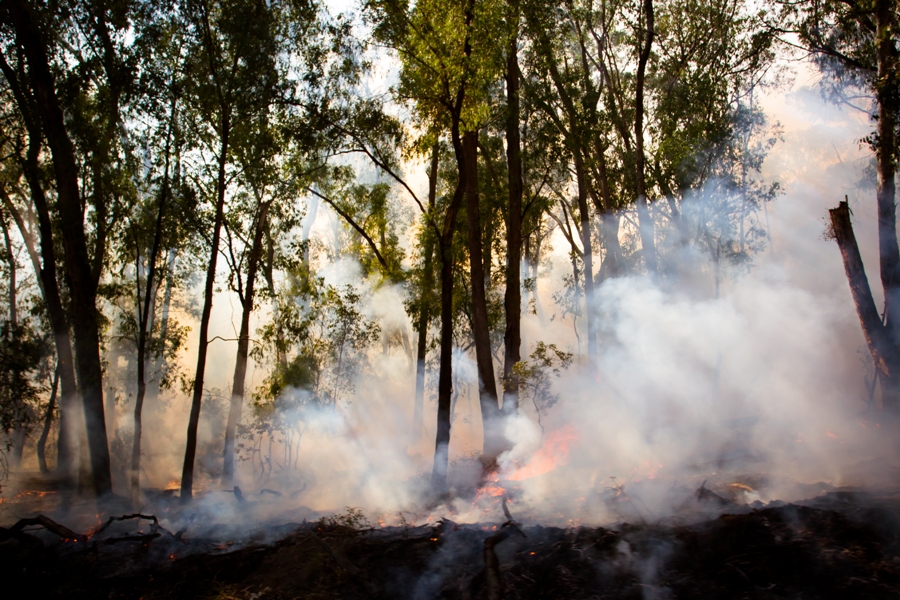 Can we kill ticks through controlled burns? In the journal Ticks and Tick-borne Diseases, researchers describe findings from a study in which they surveyed questing and on-host ticks in forests with various fire management regimes in an area near Houston, Texas. They looked at two transects with a history of controlled burns and two with no burns.

In the short run, we can kill ticks, explains Hodo and colleagues. “Controlled burns may affect tick populations, pathogen prevalence, and risk of pathogen exposure to humans and animals and therefore may be a useful tool in integrated tick management.” wrote Hodo in an article addressing killing ticks.

“We found a marked difference in density of host-seeking ticks between transects with different burn histories and an overall low prevalence of known pathogens,” Hodo writes.

Researchers collected 112 ticks from drag samples. The majority (2 out of 3) were Ixodes scapularis ticks, also known as the deer tick. The remaining were Amblyomma americanum ticks (lone star tick).

They were also able to collect 106 ticks from drag operators’ clothing, confirming the occupational hazard for researchers.

Borrelia burgdorferi, the causative agent of Lyme disease, was not detected in any of the ticks. However, researchers were able to detect a high prevalence of Rickettsia and a low prevalence of relapsing fever in the collected ticks.

Other studies investigating the impact of killing ticks using controlled burns have had mixed results, according to Hodo’s review of the literature.

Editor’s Note: While controlled burns did demonstrate a reduction in the number of ticks, the long-term effect is uncertain. The tick population could potentially return once the flora re-emerges.