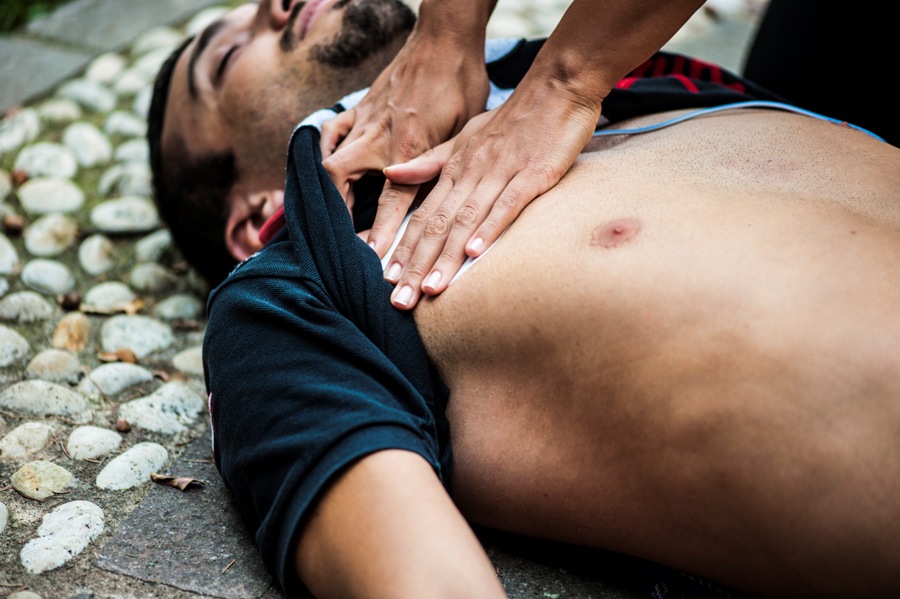 Lyme carditis symptoms can be a serious complication of Lyme disease. While the condition is well-recognized in the United States, officials in Mexico are reluctant to acknowledge Lyme disease in their country. In a letter entitled “Advanced AV-block: Is it time to consider Lyme carditis as a differential diagnosis in Mexico?” physicians describe the challenges of proving that a patient has Lyme carditis. [1]

The authors highlight the case of a 23-year-old woman who presented to their hospital “with a chief complaint of dyspnea and chest pain and was found to have a third degree AV-block on the electrocardiogram (ECG)” in their discussion of Lyme carditis symptoms.

A temporary pacemaker was implanted. And after an exhaustive work-up for other causes, the woman was eventually tested for Lyme disease. While Lyme carditis symptoms can be difficult to recognize, test results were positive by the Centers for Disease Control and Prevention (CDC) two-tier Western blot criteria.

Unfortunately, despite a three-week course of intravenous ceftriaxone, the woman required a permanent pacemaker. “At 3-month follow-up, she was still dependent on pacing,” writes Carrizales-Sepulveda and colleagues.

They argue that the woman lived in an endemic region and had visited the hospital with complaints consistent with Lyme carditis symptoms four weeks earlier. The authors cite the CDC, pointing out that “a region can be considered as endemic for [Lyme disease] if: at least two confirmed cases have been previously acquired or in which established populations of a known tick vector are infected with B. burgdorferi.”

However, the medical community in Mexico has been reluctant to acknowledge Lyme disease as a possible cause of the woman’s heart block. Officials argue “there is no convincing evidence that Borrelia burgdorferi is present in Mexico.”

READ MORE: Which treatment guidelines should you follow for Lyme carditis?

Despite such resistance, Carrizales-Sepulveda and colleagues report “a seroprevalence of 6.2% for the Northeast region of Mexico and 3.4% for Mexico City, using a two-tier approach with enzyme-linked immunosorbent assay (ELISA) and western blot (WB) as recommended.”

Unfortunately, these results were dismissed as false positives, the authors write.

Furthermore, their Lyme carditis diagnosis was questioned with officials suggesting “the advanced AV-block that our patient presented had another cause that was not thoroughly investigated,” Carrizales-Sepulveda explains.

The authors recommend that Lyme carditis be considered as a possible diagnosis for patients living in Mexico. “We agree that in our country other causes should be ruled-out first, however, there is no reason to leave out [Lyme carditis] as a diagnosis,” they write.

“[Lyme disease] in our country might be under looked, underdiagnosed, and underreported.”

No Replies to "Lyme carditis symptoms may go undiagnosed in Mexico"