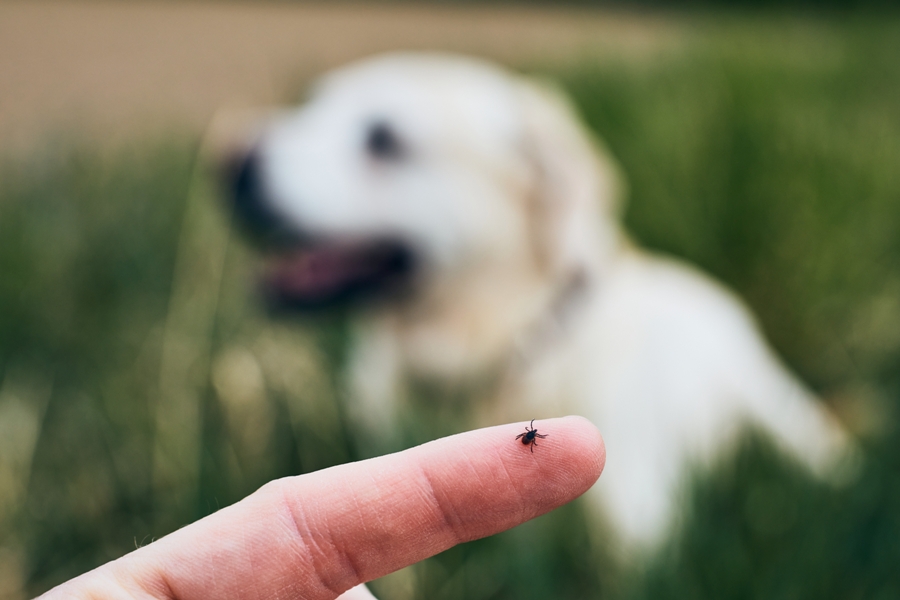 Powassan virus (POWV) is a tick-borne illness that can cause severe encephalitis. Animal studies have shown the virus can be transmitted to humans following a tick bite within 15 minutes. However, the cases described in a recent article “Powassan Virus Encephalitis Following Brief Attachment of Connecticut Deer Ticks” by Feder et al. “strongly suggest that infected ticks may also rapidly transmit POWV to people.” [1]

A 5-month-old child was hospitalized after experiencing fevers for two days, along with vomiting and facial twitching which progressed to seizures. Two weeks prior to the onset of symptoms, a tick was removed from the infant’s forehead. Test results for the Powassan virus were positive.

The second case involved a 2-month-old child who presented with a fever and listlessness for one day. “He then developed left sided focal seizures (rhythmic left arm twitching, facial deviation to the left, and tongue thrusting with lip smacking),” the authors write.

A tick was removed from the infant’s arm approximately two weeks before he was hospitalized. The parents believed the father or dog had brought a tick into the house following a walk outside. The tick was not engorged and had not fed for more than 24 hours, the authors report.

READ MORE: No neurologic damage in 3 children with Lyme disease and Powassan virus

“POWV infection was confirmed by a positive PRNT on both serum and CSF,” the authors explain.

“POWV infection of humans has been notable for the severity of both the acute disease and the long-term sequelae.”  In fact, chronic illness occurs in approximately 50% of patients, the authors report, with symptoms including hemiplegia [paralysis on one side of the body], wasting, personality changes, and headaches.

“The circumstances under which the 2 children reported here acquired infection require some comments that are pertinent to prevention of future cases,” the authors write.

Infants typically would not be exposed to tick bites. These cases demonstrate the importance in adopting tick bite prevention methods. Feder points out, “in both of our cases, parents presumably brought ticks into their homes after outdoor activities.”

Parents/caregivers should be educated about several preventative measures:

Although the authors did not discuss treatment of the two infants, both recovered.