Baby girl with Lyme disease. An Inside Lyme Podcast. 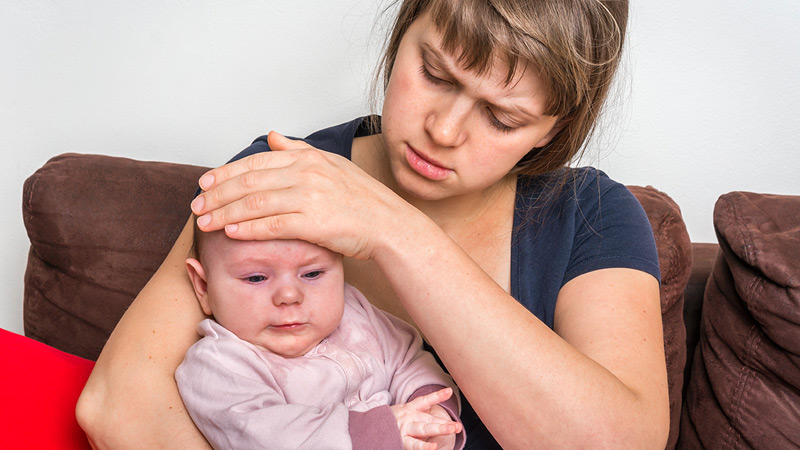 Welcome to an Inside Lyme case study. I find that the best way to get to know Lyme disease is through reviewing actual cases. In this case study, I will be discussing a 5-week old baby girl with Lyme disease. This case series will be discussed on my Facebook and made available on podcast and YouTube.

In this episode, I will be discussing a 5-week old baby girl with Lyme disease.

This case was described in the journal Pediatrics, written by Handel and colleagues in 2019.

This paper reminds parents of the need to look for a tick bite and Lyme disease even in babies. The authors described a healthy 5-week-old girl who was diagnosed with Lyme disease. The baby girl lived in Long Island, New York, an area endemic for Lyme disease.  The baby was rarely outdoors, but the family dog was allowed outdoors. The dog could have brought the baby in contact with the tick.  Other researchers have reported a higher risk of Lyme disease in pet owners.

The parents did not report seeing a tick. Instead, the parents removed “an engorged, black “bug” from behind her left ear six days before symptoms started.” writes Handel. This highlights the difficulties parents can face in recognizing a tick.

This paper reminds parents of the need to look for a tick bite and Lyme disease even in babies. Click To Tweet

The baby girl was diagnosed with early disseminated Lyme disease.  The rashes were typical with “multiple ﬂat rings with peripheral blanching erythema, a central clearing, and outward expansion without tenderness or peripheral scaling” writes Handel.  He added, there was also a rash near the bite.  Early disseminated Lyme disease often occurs without the initial erythema migrans rash when the bacteria have already spread throughout the body.

The doctors hospitalized the baby.  The baby had a fever 101.1 and was irritable.  The tick-borne tests were negative, which is common in early Lyme disease. The western blot Lyme disease test was not performed, as the ELISA screen was negative.

There were no complications on follow-up, according to the doctor.

The authors noted that there are few cases of babies being treated for tick-borne illnesses in the published literature.   That does not mean that young children aren’t contracting tick-borne diseases in practice.  Children under the age of 5 years-of-age are the most likely to be infected with Lyme disease according to the CDC.

In my practice, each individual requires a careful assessment. That is why I order tests a broad range of tests, including blood counts, liver and kidney function, thyroid disease, lupus, and rheumatoid arthritis in addition to tests for tick-borne infections. I also arrange consultations such as neurologists, rheumatologists, and ophthalmologists.

We need more doctors with skills diagnosing and treating Lyme disease in children. We could use a reliable test to determine who has Lyme disease and a test to be sure Lyme disease has resolved. We need to determine the best course of treatment for babies.  In this case, were there oral antibiotics that would have been effective? We hope that if a professional sees a baby that they can use this case to remind them to look for Lyme disease and treat accordingly.

No Replies to "Baby girl with Lyme disease. An Inside Lyme Podcast."