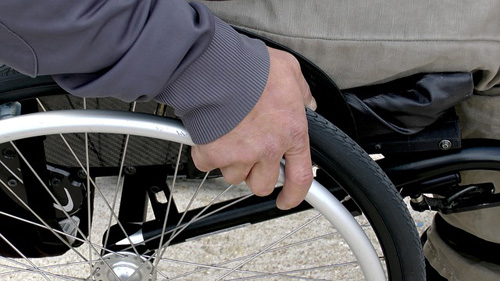 Evidence of a Powassan virus infection affecting the spinal cord has, until now, only been seen in mouse studies. But a new article describes the first known case of a 62-year-old man from Canada who developed a polio-like illness caused by the Powassan virus (POWV).

While vacationing in rural Newfoundland, the man developed nausea, vomiting, abdominal pain, double vision (diplopia) and impaired coordination (ataxia). He was admitted to a hospital where his symptoms worsened. The man became febrile and experienced slurred and slow speech (dysarthria), weakness, and respiratory distress.

The man was empirically treated with ceftriaxone, ampicillin, acyclovir, and dexamethasone.

Test results for Lyme disease and arthropod-borne viruses, which included the Powassan virus, were negative.

“The patient worsened, requiring intubation and transfer to an intensive care unit,” the authors write. “He had flaccid tone and absent power in his upper extremities and reduced strength in his lower extremities.”

Re-testing one month after symptom onset revealed an infection with the Powassan virus.

Electrodiagnostic (or EMG) testing 6 months after symptom onset revealed “diffuse denervation in all cervical myotomes including the paraspinal muscles, confirming a motor neuronopathy consistent with a poliomyelitis-like presentation of POWV,” the authors write.

“Our findings emphasize the need to include POWV infection in the differential diagnosis for patients with polio-like symptoms in tick-endemic regions.”

Where can i get a test for powassan virus?

There are a growing number of tests for the Powassan virus. I am not sure how reliable the various tests are.

The patient you are referring to is my husband, it’s the first time I see it. My husband has made great progress, but still does not have the functuality of his arms. His vision is impaired and he still can’t hold his head up totally. He has recovered strength in his legs and is able to walk on his own . Thought you might be interested in knowing.

I am happy his strength is improving.