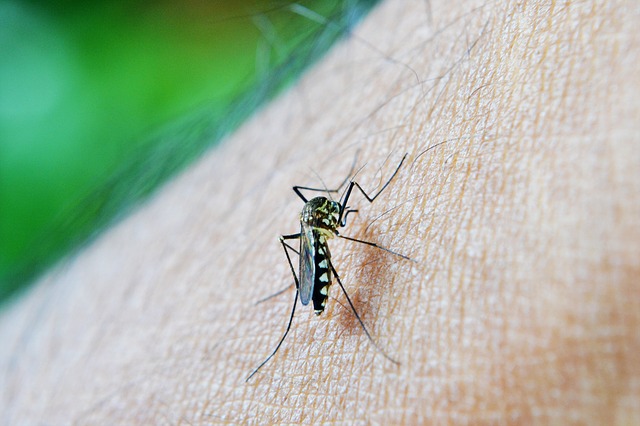 In their article “Malaria and Lyme disease - the largest vector-borne US epidemics in the last 100 years: success and failure of public health,” Rochlin et al. [1] compare various intervention strategies used to eradicate malaria with current initiatives to control the increasing incidence of tick-borne diseases.

While there are many differences between these vectors and the diseases they transmit, the authors seek to answer the question: Why did malaria and other mosquito-borne diseases elicit effective interventions while Lyme and the other tick-borne diseases have not?

Lyme disease is “one of the most challenging contemporary public health problems,” writes Rochlin. And while mosquito-borne diseases, such as malaria, are, for the most part, no longer a public health concern, the number of Lyme disease cases continues to grow.

“Malaria and Lyme disease were the largest vector-borne epidemics in recent US history,” the authors write. “The anti-malaria campaign involved large-scale public works eradicating the disease within two decades.”

However, we do not have similar initiatives to combat Lyme and other tick-borne diseases, Rochlin points out. “No large scale vector control programs have been attempted against ticks transmitting Lyme disease.”

In fact, “the CDC [Centers for Disease Control and Prevention], a federal agency that was created to fight malaria doesn’t even have a dedicated tick-borne disease branch,” Rochlin writes, “despite the fact that the Lyme epidemic is becoming comparable to malaria, at least in the geographic extent if not intensity.”

“While malaria disappeared completely within two decades of vigorous efforts, Lyme disease has been on the rise over the last 40 years,” states Rochlin.

The CDC recommends using personal protection, pesticide applications on property and landscaping modifications to reduce exposure to ticks. But, none of these methods have proven successful in decreasing the number of Lyme disease cases.

“The Healthy People 2010 modest goal of 50% reduction in Lyme disease incidence from 17.4 to 9.7 per 100,000 was not met; instead the incidence had increased threefold,” writes Rochlin.

“Because Lyme disease is almost never fatal, while there was considerable malaria mortality, the approaches to control these two diseases have been markedly different.”

Funding for both diseases has been similar, however. According to Rochlin, “the vast majority of malaria funds went for actual control and prevention,” while funds for Lyme disease are primarily used for academic and clinical research.

Unfortunately, preventive measures have been disappointing. The authors cite several examples including:

Even the 4-poster devices to topically treat deer with pesticides gave variable results. “There is some evidence that 4-poster application reduced the rate of tick exposure in treatment areas by approximately threefold, which, however, remained high at erythema migrans incidence of 137.8/100,000,” writes Rochlin.

The CDC “has failed to produce a single useful product for tick control, host management, or a marketable vaccine,” the authors write.

Rochlin and colleagues urge the federal and state governments to lead large-scale and long-term interventions to reduce populations of vector ticks. But they point out that reducing the deer population and providing vaccinations would be difficult measures to implement.

No Replies to "Stopping the malaria epidemic: lessons for Lyme disease?"