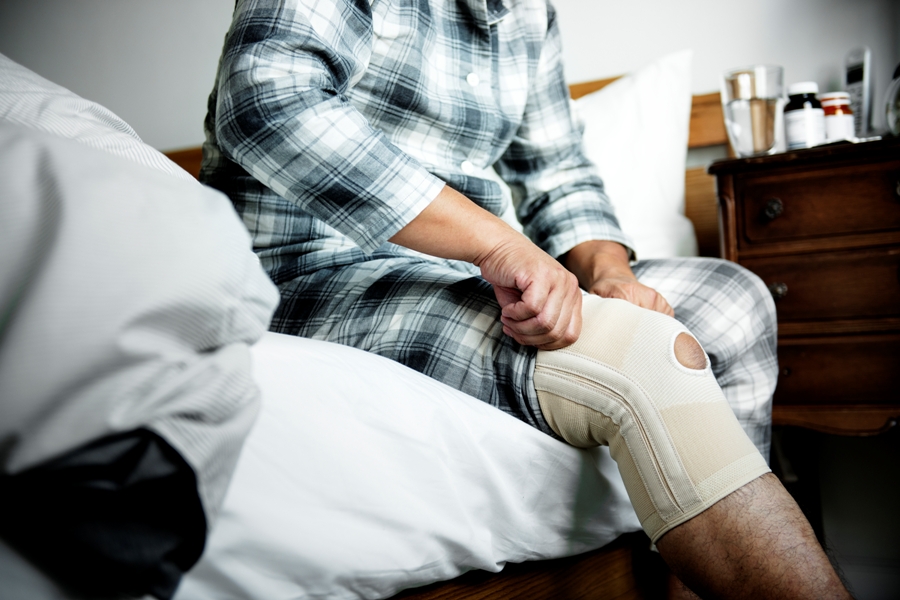 This published case report by Wright and colleagues features what the authors believe is the "first patient with late Borrelia burgdorferi sensu stricto arthritis-related prosthetic joint infection. They suggest "the case highlights how early, prompt diagnosis and adequate antimicrobial therapy may obviate the need for additional aggressive orthopedic surgical intervention."

Doctors described a 67-year-old avid outdoorsman who received treatment for Lyme arthritis after having had knee surgery. Ten months earlier, the man had received a partial knee replacement for his left knee due to advanced single compartment degenerative arthritis.

Over a 3-month-period, the man developed progressive left knee pain and swelling.  He later presented with a moderate joint effusion but did not have an erythema migrans rash, warmth, instability, or significant pain with range of motion.

There was no history of a tick bite or trauma to the knee nor was there evidence of joint effusion, infection, or Baker’s cyst.

Based on the detection of B. burgdorferi sensu stricto DNA by PCR, clinicians diagnosed the man Lyme arthritis, a particular type of periprosthetic joint infection (PJI).

The diagnosis was based on criteria established by the Musculoskeletal Infection Society and the Infectious Disease Society of America (IDSA).

“Although there was no communicating sinus tract or direct result from traditional microbiological culture, our patient met these criterion for PJI based upon elevated synovial fluid leukocyte count (>3000 cell/µL), elevated synovial neutrophil count (>65%), purulence, and evidence of a microorganism with identification to the level of genus and species,” according to Wright and colleagues from the Division of Infectious Disease, Department of Medicine, Memorial Medical Center in York, Pennsylvania.

The authors summarized their concern over the seriousness of a PJI. “Periprosthetic joint infection is a devastating complication following joint arthroplasty that causes significant morbidity with an estimated cumulative incidence of 1% – 2% for both hips and knees,” the authors write.

Wright and colleagues concluded that the IDSA recommendations were not applicable to this patient. They cited two guidelines that would have limited the types of treatment to oral antibiotics and duration to no more than four weeks. These included:

The 67-year-old man received treatment for Lyme arthritis which included antibiotics rather than undergoing surgical incision and drainage or excision arthroplasty. Twice daily, 100 mg of oral doxycycline was initiated empirically for a week until testing confirmed the diagnosis. The treatment was converted to a six-week course of daily intravenous 2 grams of ceftriaxone.

The antibiotic treatment for Lyme arthritis was successful. “Clinically, the patient had cessation of his knee pain, resolution of joint effusion, normalization of synovial infection and inflammatory parameters, and negative end-of-therapy detection of B. burgdorferi DNA by PCR,” according to Wright.

However, the authors cautioned that their strategy of prolonged intravenous antibiotics might not be effective in other types of joint arthroplasties.

“Although this patient’s clinical outcome was achieved without the need for surgical incision and drainage or staged excision arthroplasty procedure, it is unclear whether this same strategy would produce similar results in patients with other types of joint arthroplasties,”

Are there any other cases of arthroplasties that might be prevented by antibiotic therapy? More than 82,660 patients underwent total knee arthroplasty (TKA) across the Medicare and United Health Care populations from 2009 to 2011 at a cost exceeding $10 billion per year. [2]

“This case also highlights the value of an aggressive need to further investigate and interpret unexpected findings in clinical practice.”

9 Replies to "Successful treatment for Lyme arthritis after knee surgery"