Can we avoid using a pacemaker for Lyme carditis with high-degree AV block? 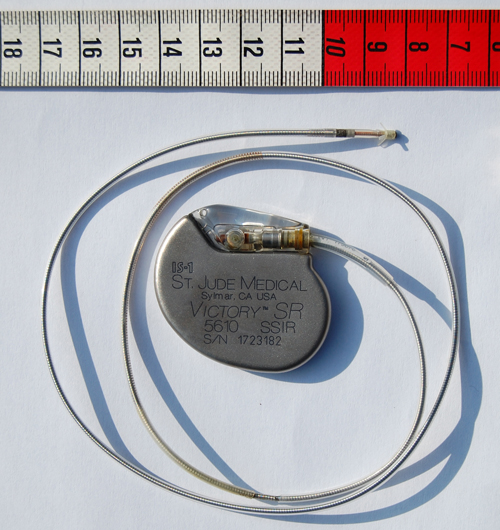 A pacemaker implantation is typically an effective treatment for patients with high-degree atrioventricular (AV) block due to Lyme carditis (LC). “However, the AV block in LC may revert back to normal conduction and usually resolves within the ﬁrst 10 days of antibiotic administration,” says Yeung from Queen’s University in Kingston, Ontario. [1] “If the AV block in LC is indeed transient, then a permanent pacemaker is not indicated.”

Identifying patients with high-degree AV block caused by Lyme carditis is imperative “to prevent the inherent risks of pacemaker implantation, such as periprocedural infections, lead dislodgement, and erosions,” the author writes.

Recognizing these patients is particularly important given that Lyme carditis often impacts younger individuals, who may be at a greater risk of experiencing complications from pacemaker implants.

“Given the young demographic of patients with LC, unnecessary pacemaker implantation would result in the subsequent lifetime of multiple pulse generator changes and burden of associated cumulative health care costs,” Yeung points out.

Yeung and colleagues propose using the Suspicious Index in Lyme Carditis (SILC) risk stratiﬁcation score to help evaluate the likelihood that Lyme carditis is causing a patient’s high-degree AV block. If this is the case, patients might benefit from early antibiotic treatment and avoid a pacemaker implant.

The most important elements included in the SILC score are: constitutional factors (value 2), tick bite (value 3), and erythema migrans rash (value 4). The constitutional symptoms identified were fever, malaise, arthralgia, dyspnea, pre-syncope, and syncope. Other factors included males, under age 50, and outdoor activity in an endemic area (each valued at 1).

The authors recommend Lyme disease serologic testing for patients who have a total SILC score of at least 3.

However, they caution against an overreliance on blood serologies, which can be “falsely negative due to the delayed immune response.” Therefore, “negative serology does not always rule out early Lyme infection.”

Yeung and colleagues recommend antibiotic treatment while waiting for serologic tests to be processed. Treatment should continue if test results support the diagnosis of Lyme carditis, but the authors did not address how to proceed if tests are negative.

Antibiotic treatment vs. pacemaker implantation for patients with high-degree AV block due to Lyme carditis? Click To Tweet

The authors also stressed the need to closely monitor patients with high-degree AV block and bradycardia. “Asymptomatic bradycardia should be followed with cardiac monitoring, because patients with LC can progress from a prolonged PR interval to complete block and asystole, and the degree of AV block can ﬂuctuate rapidly.”

“Symptomatic bradycardia should be managed with temporary pacing (standard or temporary-permanent pacemaker),” they add.

So, can we avoid using a pacemaker for Lyme carditis with high-degree AV block? Utilizing the SILC risk score may help.

2 Replies to "Can we avoid using a pacemaker for Lyme carditis with high-degree AV block?"