Neck pain in a child with Lyme disease due to radiculoneuritis 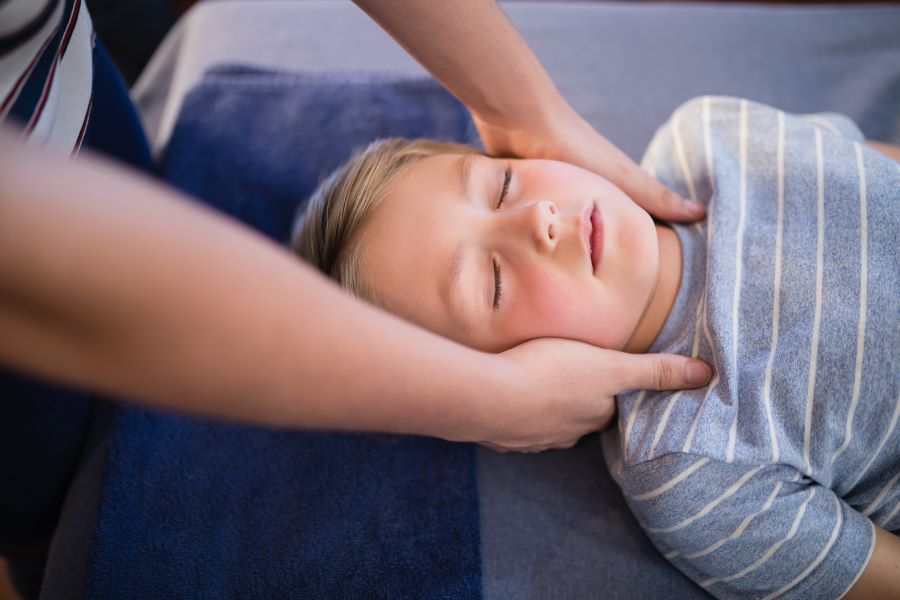 The boy presented with fatigue, posterior lower neck pain, and a low-grade temperature of 100.8 for one day. There was no history of a tick bite, erythema migrans rash, or Bell’s palsy, suggestive of Lyme disease.

There was pain in the soft tissues of the posterior neck and upper back. An Magnetic resonance image (MRI) of the cervical spine with and without gadolinium contrast showed “questionable nerve root enhancement at levels C5-C6 and C6-C7 consistent with radiculitis.”

“The presumptive diagnosis was cervical radiculitis due to viral infection,” wrote the authors in the study entitled “Radiculoneuritis due to Lyme disease in a North American child.”

The boy was discharged from the emergency department pending blood cultures and Lyme disease testing.

Two days later, Lyme disease results were positive by IgG and IgM Western blot. The boy did well after 14 days of doxycycline.

“The emergency medicine specialist should be aware of isolated radiculitis as a presentation of early disseminated Lyme disease in children and test for Lyme disease in these patients,” the authors conclude.

MRI abnormalities are often not ordered unless ruling out another illness. “MRI must be obtained with contrast to identify the inﬂammation of radiculoneuritis,” wrote the authors.

“Neuropathic pain should raise suspicion for neurologic manifestations of Lyme disease in North America even in the absence of meningitis and cranial nerve palsy.”¹

A spinal tap is typically normal in patients with neurologic Lyme without meningitis.

Radiculoneuritis is rare in the U.S., wrote the authors. It is more common in Europe and thought to be related to different genospecies.

Podcast: Lumbar puncture not helpful for diagnosing Lyme neuroborreliosis?
Podcast: 43-year-old man with meningitis and radiculitis due to Lyme disease
Lyme meningitis manifesting as parkinsonism is fully reversed with ceftriaxone

Deal with neck and back pain after months of antibiotics! My spinal tap showed spirochetes I have NeuronLyme. I’m now Chronic. Got bit in the early ‘ops and again in 2014/with multiple coinfections

This is so interesting. The same thing happened to me. The most excruciating pain in my neck. I spent 6 weeks seeing different doctors, had MRI’s, took heavy dose pain killers and nothing helped. Finally, my doctor put me on Prednisone because they thought I had PMR. Then, frozen shoulder, back pain, shingles. Finally, after 6 weeks of no sleep a Rheumatologist took a Lyme test and bang, all bands CDC positive. 6 weeks of Doxy, 30 days IV and now I’m left with severe nerve pain and neuropathy on my left side of body. I haven’t found anything to help! One doctor told me Bannwarth syndrome.

Anyone else with similar situation? Any suggestions? I would like to find a LLMD that has experience in the treatment of nerves.
Thank you