Signs and symptoms of Lyme disease 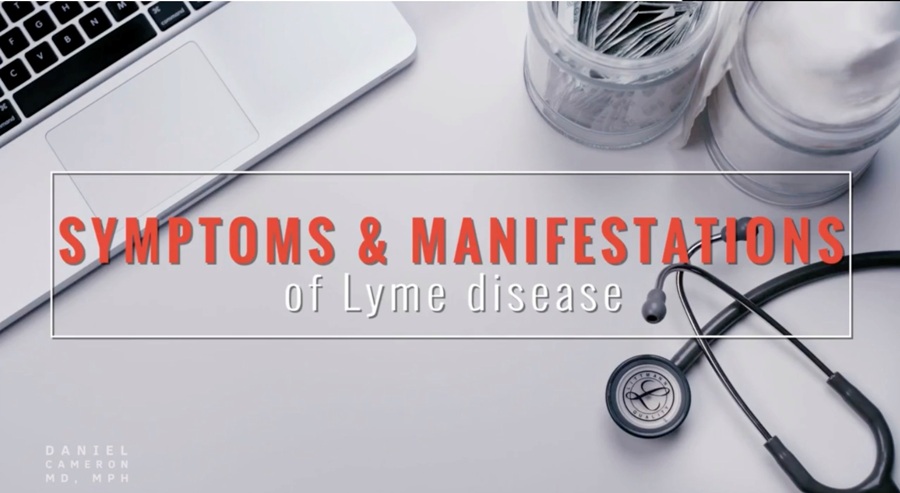 The broad range of signs and symptoms of Lyme disease and the varying presentations from person to person make diagnosing the disease challenging. Furthermore, Borrelia burgdorferi spirochete are adept at evading the immune system. The bacterium can travel through the bloodstream, burrow into tissue and remain dormant for days, months, or even years before symptoms arise.

While many people associate Lyme disease with manifestations such as Bell’s palsy, the circular Bull’s-eye rash, and flu-like symptoms, Lyme disease can also cause sensory, cognitive, neurologic, and cardiac complications, even in its earliest stage. But, the signs and symptoms of Lyme disease are all too frequently attributed to another medical condition.

Objective signs of Lyme disease include Bell’s palsy, synovitis of the knee, and the presence of a Bull’s-eye or erythema migrans rash. However, most people exhibit a wide range of signs and symptoms of Lyme disease that may come and go and fluctuate in their intensity.

Furthermore, researchers in the UK remind clinicians to consider Lyme disease in children who present with Bell’s palsy. “In areas endemic with Lyme disease, Lyme disease should be considered as the likely cause of facial nerve palsy in children until proven otherwise.”

Wide range of signs and symptoms of Lyme disease

Studies indicate that at least 50% of patients with Lyme disease do not exhibit the classic Bull’s-eye rash. When a rash is present, it can appear anywhere on the body. It does not always appear at the site of the tick bite. The rash usually appears between 3 – 30 days after the tick bite.

A rash due to Lyme disease is typically not itchy or painful. It may fade and then reappear and it can be confused with a spider bite. Atypical rashes can also occur. And when multiple rashes appear on the body, it may be an indication that the Borrelia burgdorferi spirochete has disseminated beyond the tick bite and the disease is in a more advanced stage.

If left untreated, the infection can spread to other parts of the body, including the brain and central nervous system, cardiovascular system, peripheral and autonomic nervous system, along with the muscles and joints, and eyes.

Although rare, Lyme carditis can cause sudden death. The authors of a case series warn, “These two cases highlight the importance of early recognition. And treatment, even if it’s empirical, may save lives.”

Another researcher reports, “The burden of Lyme disease and Lyme carditis in U.S. children’s hospitals has increased in recent years.” The authors identified 189 children diagnosed with Lyme carditis between 2007 and 2013. 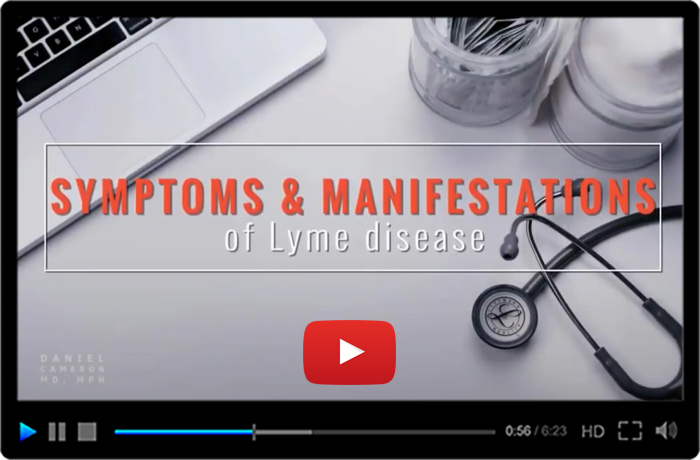 Lyme disease can trigger encephalopathy in some patients, as well. A Tufts University School of Medicine study reports that 24 of 27 Lyme disease patients presented with a mild encephalopathy, which began 1 month to 14 years after the onset of the disease and was characterized by memory loss, mood changes, and sleep disturbances.

And another study found that 14% of 86 children with Lyme disease exhibited neurocognitive complications including behavioral changes, forgetfulness, declining school performance, headache or fatigue, and in 2 cases, a partial complex seizures disorder.

Patients are often misdiagnosed with a psychiatric disorder, chronic fatigue syndrome, or fibromyalgia. An incorrect diagnosis and delay in treatment can lead to long-term consequences for Lyme disease patients.

Between 34% and 62% of patients have symptoms that persist long term despite treatment. Another study found that at their six-month follow-up visit, “36% of patients reported new-onset fatigue, 20% widespread pain, and 45% neurocognitive difficulties.”

Postural orthostatic tachycardia syndrome (POTS) is an autonomic dysfunction that can appear years after antibiotic treatment for Lyme disease, resulting in fatigue, cognitive impairment, and orthostatic intolerance such as palpitations, lightheadedness, chest discomfort, and shortness of breath, among others.

An estimated 1 in 3 patients with chronic neurologic Lyme disease suffer from depression, in addition to fatigue, headaches, poor concentration, lightheadedness, and joint pain, according to one study.

Dr. Robert Bransfield, a New Jersey-based psychiatrist, who specializes in treating tick-borne disease infections, has found that in his practice depression is the most common psychiatric illness associated with late-stage Lyme disease.

All too frequently patients with complex, multisystem illnesses are dismissed by clinicians, their symptoms often attributed to a psychiatric illness simply as “a diagnosis of default,” Bransfield writes.

This attitude can lead to tragic delays in identifying a correct diagnosis and appropriate treatment.

9 Replies to "Signs and symptoms of Lyme disease"