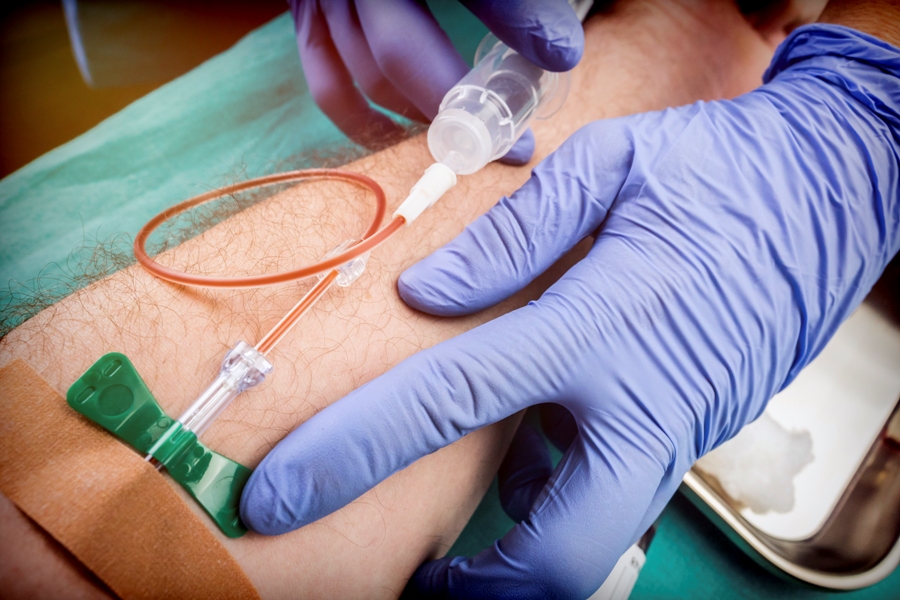 “The threat to blood safety by tick-borne agents is ever-increasing and requires constant surveillance,” state the authors of a review article, which describes the risks of contracting a tick-borne illness, including a Babesia infection, through the blood supply. [1]

In their article, the authors summarized discussions from a public workshop, organized by the Food and Drug Administration (FDA). The workshop, addressing babesia and tick-borne infections entitled “Emerging Tick-Borne Diseases and Blood Safety,” included experts on tick-borne diseases, representatives from blood centers, academia, government agencies, and manufacturers of diagnostic kits.

The workshop’s goal was to review emerging tick-borne diseases within the US and discuss whether new blood safety measures should be implemented.

Babesia microti can have moderate to high concentration levels in the blood, Dr. Peter J. Krause pointed out.

Aside from a Babesia infection, “Anaplasma is the most frequent transfusion-transmitted [tick-borne agent] with rapidly increasing clinical cases,” according to one attendee.

READ MORE: Babesia microti is currently the highest-ranked pathogen transmitted by blood transfusions. The infection can go undetected as healthy individuals may be asymptomatic or symptoms are subtle. But for others, it can cause chronic, debilitating illness.

In contrast, Borrelia burgdorferi, the bacteria that causes Lyme disease, has low concentrations in the blood.

And although B. burgdorferi can survive in fresh frozen plasma, RBCs, and platelets during blood storage, there have been no reported cases of Lyme disease transmitted through the blood supply.

Other tick-borne pathogens have been transmitted through donated blood, but these occurrences are rare.

In addition, “two emerging [tick-borne agents] − B. miyamotoi and Powassan virus were discussed − for B. miyamotoi, cases have steadily increased since 2014.”

But we still have much to learn. “B. miyamotoi, [responsible for tick-borne relapsing fever] is present in higher-titers in blood compared to B. burgdorferi, yet there are no cases of B. miyamotoi transmitted by blood.”

By screening donors, America’s Blood Centers have been able to reduce some transfusion-transmitted infections, such as HIV, Hepatitis B virus and Malaria.

Between 1963 and 2013, there were reportedly 99 cases of malaria transmitted through blood transfusions. The majority occurred before 2000. But since 2000, the rates fell to less than 1 case per year, the authors explain.