Should Lyme disease be added to the causes of vocal cord paralysis? 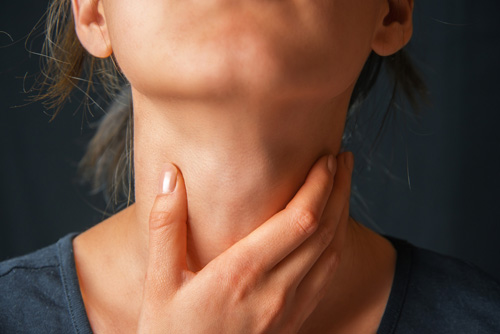 Country singer Shania Twain will soon be back on tour after battling Lyme disease, which caused her to lose her voice for several years. The singer underwent two extensive operations to her throat in hopes of regaining her voice. She tells Prevention magazine, “I had to have an operation that was very intense and it’s an open-throat operation, very different from a vocal cord operation.”

In the Prevention article, doctors describe how Lyme disease can impact a person’s vocal cords. “Lyme can affect the nerves that are responsible for controlling the muscles in the vocal cords,” says Amesh A. Adalja, MD, an infectious disease specialist at Johns Hopkins Center for Health Security. “As a result, someone could technically lose their voice if they had Lyme disease.”

In fact, a case series published in the Journal of Voice identified Lyme disease as one of several causes of vocal cord paralysis, a condition that can dramatically impact patients’ lives, affecting voice, swallowing and airway function. [1] Identifying the cause is important, the authors state, in order to treat the condition successfully.

Vocal cord paralysis can be caused by neurologic and inflammatory conditions, as well as by various infections. “Infectious causes include Lyme disease, West Nile virus, varicella, herpes, Epstein-Barr, syphilis, and others.” [1]

The 2016 case series examined the records of 231 Pennsylvania patients with vocal cord paralysis (or paresis). The authors found that the prevalence of syphilis, myasthenia gravis, and Lyme disease was higher in these patients when compared with the national rate.

Join the conversation on Facebook: Shania Twain lost her ability to sing for several years due to Lyme disease.

Several of the patients with vocal cord paralysis had Lyme disease. “A positive Lyme titer with confirmatory Western blot was found in five patients (2.2%). When compared with the 2013 incidence of Lyme disease in Pennsylvania (0.039%), these results were statistically significant (P < 0.0001).” [1]

Lyme disease is one of several infections that can cause a person to lose their voice (vocal cord paralysis). Click To Tweet

This is not the first time Lyme disease has been associated with vocal cord paralysis. In fact, it is possible that this is an underreported symptom, Adalja tells Prevention magazine.

Martínez-Balzano and colleague describe the case of a 90-year-old man who presented with dysphonia and upper and lower extremity weakness on his right side. [2] He also had bilateral vocal cord paralysis and respiratory failure which required a tracheostomy.

The man tested positive for Lyme disease. “The patient received IV ceftriaxone for 2 weeks, followed by complete recovery of motor and vocal function over 2 months.”

The authors point out the importance of testing vocal cord paralysis patients for Lyme disease, particularly in those living in endemic regions.

In 1988, a 45-year-old singer developed a sore throat and general malaise which progressed to hoarseness and left-sided neuralgia. The patient tested positive for Lyme disease and was treated with 3 weeks of doxycycline. “After 14 days of therapy she began to improve and after a few weeks she could speak and sing again,” writes Schroeter. [4]

“We have seen a case where serologically confirmed B. burgdorferi infection was associated with paralysis of the recurrent laryngeal nerve,” explains Schroeter.

White and colleagues did not design their case series to test causality. “Although their causal relationship to vocal fold paralysis or paresis has not been investigated or established by this study, the medical importance of having established these diagnoses and instituted treatment is self-evident, and their possible causal association awaits further study.”

The most common causes of this disorder include non-laryngeal malignancies, iatrogenic injuries, and idiopathic causes. Post-operative dysfunction after retraction, dissection along the recurrent laryngeal nerve and thoracic malignancy have also been identified as contributing triggers, explains White.

“It is important for clinicians, especially tertiary and quaternary providers, to be familiar with the numerous diseases that may present in association with vocal fold paralysis or paresis,” states White, “and to consider comprehensive diagnostic evaluation to identify serious and treatable causal or associated disorders.”

19 Replies to "Should Lyme disease be added to the causes of vocal cord paralysis?"