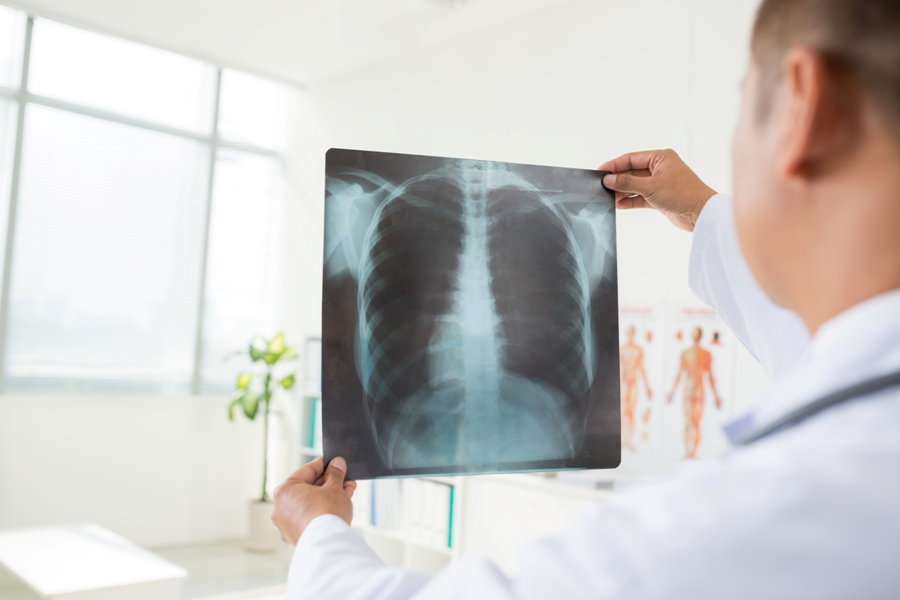 Sarcoidosis is an inflammatory disease that affects multiple organs in the body, typically the lungs and lymph glands. The exact cause of sarcoidosis is unknown. But some researchers believe it may be a type of autoimmune disease, involving an abnormal immune response.

According to the American Lung Association, an “infection or exposure to something in the environment can trigger the immune system to overreact,” resulting in sarcoidosis.¹ In a 2018 study, van Dee and colleagues suggest that Borrelia burgdorferi, the Lyme disease bacterium, may be one of those infectious pathogens capable of triggering sarcoidosis. ²

Their study entitled “Systemic Sarcoidosis Associated with Exposure to Borrelia burgdorferi in a 21-Year-Old Man” describes the case of a 21-year-old forestry worker who was admitted to the emergency department with a history of headaches, a droopy left eyelid and swelling and redness of both legs.

The patient also had “a stinging pain behind his sternum, fatigue, weight loss, loss of appetite, thirst and nycturia,” the authors wrote.

Results from lymph node and skin biopsies indicated non-caseating granuloma, leading to a diagnosis of systemic sarcoidosis. The condition had impacted the man’s lungs, kidneys and skin.

Following the sarcoidosis diagnosis, a spinal tap for Lyme disease was performed based on the patient’s exposure to ticks as a forestry worker and his symptoms.

Lyme disease test results were positive. He was treated with a combination of high-dose prednisolone and antibiotics. He also received 2 weeks of intravenous ceftriaxone followed by 4 weeks of oral doxycycline.

“The patient recovered quickly within a few days of starting a high-dose prednisolone regime, and was discharged free of symptoms and in good health,” the authors wrote

Additionally, “Borrelia-like” organisms have been described within biopsy specimens in patients with cutaneous sarcoidosis, according to a 2009 study.³

“Usually single spirochetes, rarely pairs or small clusters of bacteria were observed between collagen bundles or at the periphery of granulomas,” the authors wrote

Clinicians “should maintain a high index of suspicion for underlying infectious processes like neuroborreliosis in patients with new-onset sarcoidosis before starting immunosuppressive regimens,” van Dee suggests.