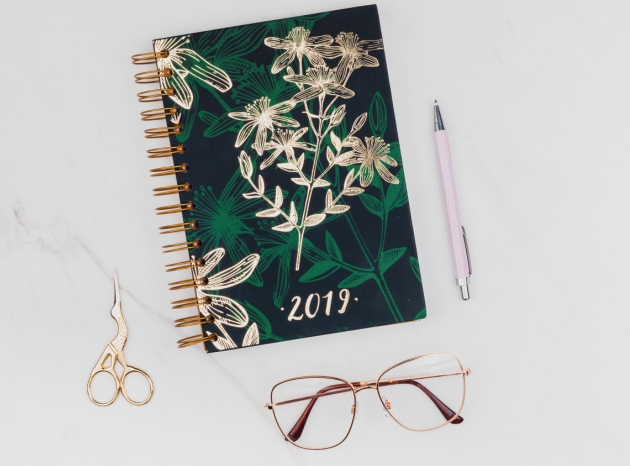 The top blogs for 2019 on Lyme disease and other tick-borne illnesses covered a range of topics. The impact of Lyme disease on cardiac functioning, neurologic changes, and autonomic dysfunction, along with case reports highlighting the unusual presentations of Lyme disease were of most interest to readers.

Following is a list of the top blogs on Lyme disease and other tick-borne illnesses for 2019 according to our readers.  (Please click on the headline to read the complete Lyme disease blogs.)

There have been multiple reports documenting cardiac manifestations of Lyme disease, including Lyme carditis, Lyme endocarditis, and atrioventricular block. But valve problems caused by Borrelia burgdorferi, the causative agent of Lyme disease, are rare.

This case report features a 68-year-old man who was admitted to the Mayo Clinic in Rochester, Minnesota, with symptoms suggestive of heart failure. He became the first documented case of Lyme disease causing heart valve problems, specifically mitral valve endocarditis.

2.) What blood type do ticks prefer?

Ever wonder why some people are more likely to be bitten by a tick than others? Researchers in the Czech Republic claim it may have to do with a person’s blood type. Type O blood has been linked to the slow progression of malaria, transmitted by mosquitoes. “This may suggest that there could be a similar relationship between tick-borne diseases and some blood group(s),” explains  Žákovská.

“It can be stated that the most statistically preferred was blood group A, followed by the second groups – O and AB,” writes Žákovská. Type B blood was the least preferred blood group.

3.) Cats carry all types of ticks and tick-borne diseases

Did you know the cat you may be cuddling with on your couch every evening could be infected with a host of tick-borne diseases? Unlike our canine friends, cats are typically not symptomatic when it comes to such diseases. But as researchers have found, that doesn’t mean they are free from disease.

The authors found that the cats were carrying 3 species of ticks. Out of the 160 ticks, 22 (13.8%) tested positive by PCR for Bartonella spp., Borrelia burgdorferi, or Borrelia miyamotoi. However, only 25 of the 70 cats were able to be fully tested.

Unlike Borrelia burgdorferi, the causative agent of Lyme disease, female ticks infected with Borrelia miyamotoi can pass the bacteria to their offspring. “Therefore, in addition to nymphs and adults, larvae can vector B. miyamotoi to wildlife and human hosts,” write the authors of a new study.

Researchers conclude, “larvae may pose an important, and possibly the greatest risk for BMD [Borrelia miyamotoi disease] due to their high abundance and tiny size.”

Sensory symptoms and pain reported by some patients with ongoing Lyme disease symptoms may be caused by small fiber neuropathy and a low cerebral blood volume, according to the authors of a new study.

The new study published in PLoS ONE by Novak and colleagues suggests that small fiber neuropathy (SFN) may be a viable biomarker of post-treatment Lyme disease syndrome (PTLDS), particularly for patients whose main symptoms involve sensory issues.

If Borrelia burgdorferi spirochete can infect the brain and disrupt the functioning of the central nervous system, it may also alter cerebral metabolism, suggests Garkowski and colleagues. The authors found that MRS testing revealed neurologic damage or dysfunction in the brains of patients with early Lyme disease.

“The reduction of NAA/Cr ratio may reflect neuronal dysfunction or early neuronal damage without visible structural abnormalities of the brain, which may signify latent encephalopathic changes undetectable by MRI in patients with early LNB,” the authors write.

7.) Lyme pseudothrombophlebitis in a young child

Later, an ultrasound revealed “a 13 x 6 x 2.7-cm heterogeneous mass with solid and cystic components in the left calf,” writes Sandelich. He tested positive for Lyme disease and was eventually diagnosed with Lyme pseudothrombophlebitis. He had a complete recovery following IV cefazolin, followed by 4 weeks of amoxicillin.

8.) Erratic rapid eye jerks in a child with Lyme disease

Lyme disease can cause various eye problems including sensitivity to light, floaters (spots in front of the eyes), blurred vision, double vision, even vision loss. In this case report, a 9-year-old girl was admitted to the emergency room complaining of headaches for several days. She also displayed involuntary erratic fast eye movements (opsoclonus) and left peripheral facial palsy.

The girl’s symptoms resolved completely after 3 weeks of treatment with IV  ceftriaxone.

Lyme carditis is known to cause symptoms of fatigue, difficulty or labored breathing (dyspnea), palpitations, lightheadedness, syncope, and chest pain. But as this case demonstrates, patients can present with atypical symptoms of Lyme carditis.

An echocardiogram of the 23-year-old man revealed he had atrial fibrillation, a type of arrhythmia that causes the heart to beat much faster than normal. “Although Lyme carditis was on the differential diagnoses list, it was not considered high enough due to the initial rhythm being AF and not [atrioventricular ] AV block,” the authors write.