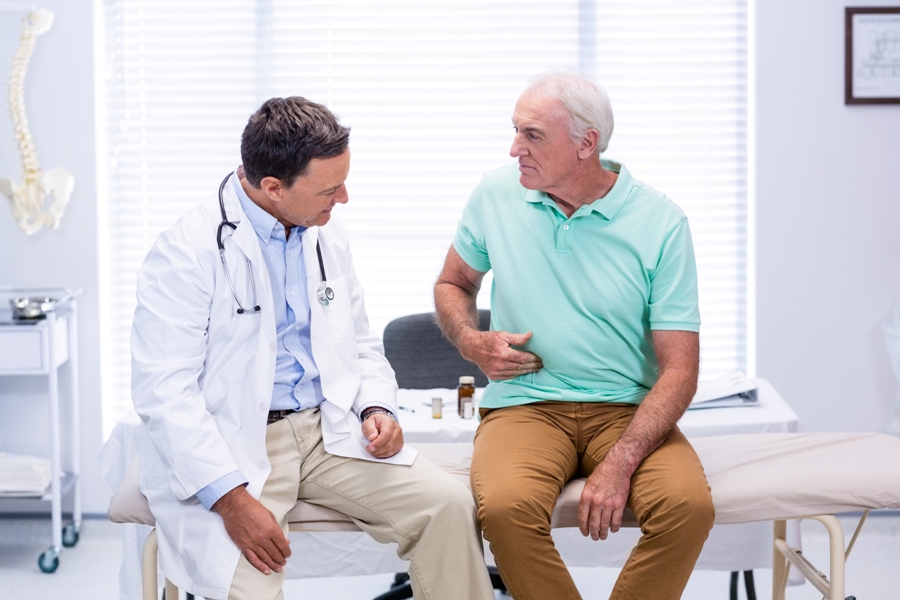 A recent article, published in the journal Clinical Case Reports, describes the case of a 62-year-old man, from Norway, who was initially diagnosed with shingles, a viral infection which produces a painful skin rash with blisters in a localized area on the body. [1] Shingles, also known as herpes zoster, is common in older individuals who have had chickenpox.

According to Hansen and colleagues, Lyme disease was misdiagnosed as shingles but later correctly diagnosed with Lyme disease.  The patient was admitted to the emergency department complaining of epigastric pain that had been ongoing for 4 to 5 weeks. “He described a constant pain with episodic worsening,” writes Hansen. The pain began with a rash in the man’s right upper quadrant area.

Physicians considered several diagnoses. The man had a history of migraines, anxiety, colon polyps, and had been treated for gastroesophageal reflux disease (GERD). Small gallbladder stones were present but were not acute.

The man was diagnosed with shingles and prescribed acyclovir and pregabalin. Despite treatment, he remained ill. His pain increased and “he developed additional symptoms including nausea, lethargy, decreased appetite, constipation, decreased size and force of the urinary stream, and a 5–7 kg weight loss,” writes Hansen.

Imaging and lab tests were negative and the man was discharged. However, one week later, he was re-admitted to the hospital because “his general practitioner did not find it reasonable that his anxiety could explain his current symptoms,” says Hansen.

The man lived in an area endemic for Lyme disease. Although he did not recall a recent tick bite, he had been bitten previously, so serologic tests for Lyme disease were performed. Because his titers of B. burgdorferi IgG were so high and he had a history of tick bites and a rash, a lumbar puncture was ordered. Results were positive.

The 62-year-old man was diagnosed with Lyme disease. His symptoms, except for fatigue, resolved after a 3-week course of IV ceftriaxone. “His weight is now normalized and he has no problems with constipation,” explains Hansen. “The abdominal pain is almost gone. His main problem is fatigue but this is gradually improving.”

The authors point out that atypical clinical presentations of Lyme disease can occur, including gastrointestinal manifestations because of autonomous dysfunction, as was seen in this case.

What happens to the brain during acute Lyme neuroborreliosis?