Is Lyme disease like the Tortoise in Aesop’s “The Tortoise and the Hare”? 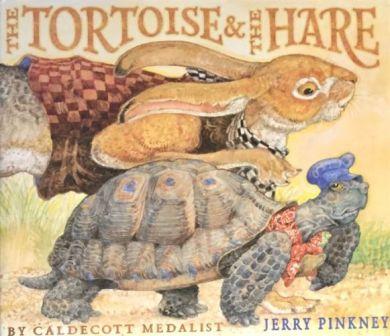 Attendees at a public workshop, sponsored by the Food and Drug Administration (FDA), discussed emerging tick-borne diseases and the possible threat to blood safety. During the event, Dr. David Leiby made an analogy comparing tick-borne diseases, including Lyme disease and arboviral agents/diseases to The Tortoise and the Hare, an Aesop Fable. [1]

The Tortoise and the Hare fable tells the story of a race between a tortoise (a creature that moves very slowly) and a hare (a creature that can run very fast). The hare is very confident of winning, so it stops during the race and falls asleep. The tortoise continues to move very slowly but without stopping and finally, it wins the race.  Thie fable was cited in a public workshop, sponsored by the Food and Drug Administration (FDA) tick-borne illnesses.

The Tortoise and tick-borne agents

Ticks have been with us for millions of years. In an accidental discovery, Professor George Poinar, Jr., a paleoentomologist and parasitologist, recently “identified ticks preserved in a piece of amber estimated to be between 15 and 20 million years old.”[2,3]

READ MORE: Ticks and Lyme disease bacteria have been with us since the Ice Age

Tick-borne diseases have been with us at least 5,300 years. Scientists from McMaster University’s Division of Rheumatology in Ontario, Canada found “Lyme disease in bodily tissues of a 5,300-year-old male found frozen in a glacier pool in the Italian Alps (colloquially referred to as the Iceman or Otzi). [4]

The Hare and arboviral diseases

Dr. Leiby likened the arboviral disease to a hare. Arboviral diseases are caused by a group of viruses spread to people by the bite of infected insects, such as mosquitoes and ticks.

Tick-borne diseases “emerge gradually, persist over long periods of time due to reservoir hosts, while arboviral diseases appear with little warning, and in the absence of reservoir hosts often ‘burn out’ quickly.”

Therefore, tick-borne diseases “are likely to pose expanding and long-term challenges to blood safety,” he writes.

A few arboviral diseases have established themselves in the US. West Nile virus (WNV) and Eastern equine encephalitis virus (EEV) have known reservoirs and vectors to bridge the disease to humans.

There are tick-borne viruses that do not fit The Tortoise and the Hare analogy, as Dr. Leiby pointed out. These include the following:

Editor’s Note: The analogy offers some insight into why tick-borne illnesses will likely remain a public health problem.

Ticks and Lyme disease with us since the Ice Age

2 Replies to "Is Lyme disease like the Tortoise in Aesop’s “The Tortoise and the Hare”?"