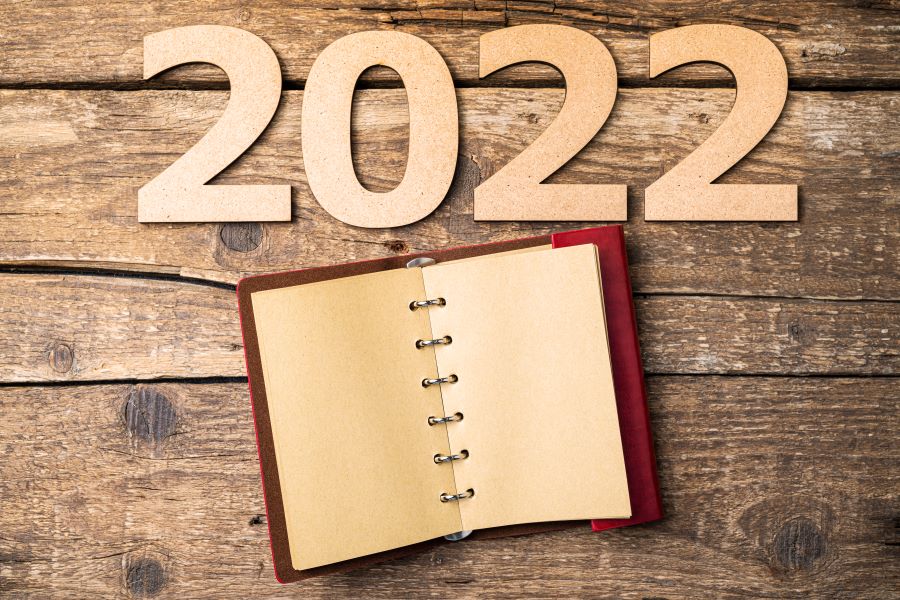 The top 10 blogs for 2022 covered a range of topics, including treatments for Babesia; symptoms associated with anaplasmosis and Borrelia miyamotoi; misdiagnosis of Lyme disease and unusual symptom presentations such as vertigo and hearing loss.

The following blogs were the most popular for readers in 2022. (Click on the headline to read the full blog.)

This case report describes an immunocompromised patient with Babesia microti who received treatment with tafenoquine after experiencing several relapses.

The 36-year-old man was hospitalized in 2019 due to unexplained fevers he had been having for two weeks. He was later diagnosed with Babesia with 8.5% of his blood showing the parasite.

His initial treatment included atovaquone and azithromycin. The doctors then switched treatment to include a four drug combination.

The patient, however, remained ill and was started on a 6-week regimen of tafenoquine alone.

The patient had several relapses for Babesia. Interestingly, after a 6-week regimen of tafenoquine, his symptoms resolved. He had been on multiple antibiotic regimens.

Investigators, however, point out that they were not able to determine if the success was from tafenoquine or the weeks of therapy leading up to tafenoquine. Still, they suggest, “this single drug regimen may be of potential clinical importance, especially for treating highly immunocompromised patients with babesiosis…”

2) Meningoencephalitis due to Borrelia miyamotoi

A 73-year-old man was initially diagnosed with a “mini-stroke” after being admitted to the hospital for headaches, confusion, right-sided facial droop and word finding difficulties.

He was an avid gardener and reportedly had tick bites in the past but none that he noticed in the weeks prior to his symptoms.

The patient tested positive for Lyme disease by EIA but negative by Western blot. But he was “empirically treated with intravenous ceftriaxone for treatment of presumed Lyme meningoencephalitis, and his mental status rapidly improved,” the authors write.

“Our case highlights the importance of considering B. miyamotoi in clinically suspicious cases of meningoencephalitis, including when B. burgdorferi EIA results are positive but the WB is negative.”

Fortunately, clinicians considered Borrelia miyamotoi, which he tested positive for and made a “nearly full neurological recovery with only residual intermittent right facial numbness” after anti-Borrelia antibiotic treatment.

Investigators described human granulocytic anaplasmosis in an 80-year-old woman with neurological symptoms. She presented with a “sudden onset of severe, lancinating headache in the distribution of the ﬁfth cranial nerve bilaterally.”

She had been treated for Lyme disease 2 months earlier following a tick bite and a rash on her torso. She had since been bitten by a non-engorged tick.

“Our case suggests that anaplasmosis was the cause of our patient’s new-onset trigeminal neuralgia.”

Her neurologic exam was felt to be consistent with a diagnosis of trigeminal neuralgia. Trigeminal neuralgia (TN) is a type of chronic pain that affects your face. It causes extreme, sudden burning or shock-like pain. It usually affects one side of the face.

The woman was treated with a 3-week course of doxycycline for Anaplasmosis and was prescribed gabapentin 300 for her trigeminal neuralgia. She had marked improvement in her headaches. Her leukopenia, thrombocytopenia and abnormal hepatic enzymes returned to normal.

4) Unilateral knee swelling in a child due to Lyme disease

Investigators describe a 3-year-old girl who presented to a hospital in Pennsylvania after 2 weeks of limping from a swollen right knee.

“The mother initially denied history of a tick bite, yet after focused questioning, the mother stated that the child had ticks on her approximately 9 months ago,” the authors wrote.

Unfortunately, the child was not taken to her clinician because she did not develop any skin rashes which could indicate Lyme disease.

“Lyme arthritis is a diagnosis that is often missed, even in children, who are the population with the highest incidence of Lyme disease. “When this diagnosis is missed, it can result in long-term morbidity, which is generally refractory to intravenous antibiotic therapy, oftentimes requiring synovectomy.”

The child had a complete resolution of symptoms following a 2-day treatment with IV Rocephin and 21 days of oral amoxicillin.

“This case demonstrates the importance of including Lyme arthritis as part of the differential diagnosis of joint swelling regardless of the recollection of a tick bite,” the authors suggest.

The authors examine the frequency of vertigo symptoms and potential labyrinth damage in patients with diagnosed Lyme disease.

The study included 38 patients (ages 20 to 77) with Lyme disease, who were hospitalized at University Hospital in Krakow, Poland, between 2018 and 2019, due to vertigo or dizziness.

“Increasingly, tick-borne illnesses [such as Lyme disease] are a potential cause of neurological symptoms reported by patients, including hearing loss, tinnitus, ataxia and vertigo.”

The study found: 76% (54% of them were women compared to 22% of men); hearing loss and tinnitus were symptoms which frequently accompanied vertigo; 1 in 3 patients experienced sensorineural hearing loss (SNHL), which was bilateral in 2 individuals and presented as sudden deafness in 2 other individuals; tinnitus was reported in 3 out of 5 of the Lyme disease patients, the majority of whom experienced high frequency tinnitus.

A 21-year-old man was admitted to the emergency department with a history of headaches, a droopy left eyelid and swelling and redness of both legs. The patient also had “a stinging pain behind his sternum, fatigue, weight loss, loss of appetite, thirst and nycturia,” the authors wrote.

Clinicians “should maintain a high index of suspicion for underlying infectious processes like neuroborreliosis in patients with new-onset sarcoidosis before starting immunosuppressive regimens,” the authors suggested.

Following the sarcoidosis diagnosis, a spinal tap for Lyme disease was performed based on the patient’s exposure to ticks as a forestry worker and his symptoms. Lyme disease test results were positive.

He was treated with a combination of high-dose prednisolone and antibiotics. He also received 2 weeks of intravenous ceftriaxone followed by 4 weeks of oral doxycycline.

A 62-year-old man was initially diagnosed with shingles, a viral infection which produces a painful skin rash with blisters in a localized area on the body.

The patient was admitted to the emergency department complaining of epigastric pain that had been ongoing for 4 to 5 weeks. “He described a constant pain with episodic worsening,” writes Hansen. The pain began with a rash in the man’s right upper quadrant area.

The man was diagnosed with shingles and prescribed acyclovir and pregabalin. Despite treatment, he remained ill.

The authors suggest that atypical clinical presentations of Lyme disease can occur, including gastrointestinal manifestations because of autonomous dysfunction, as was seen in this case.

His pain increased and “he developed additional symptoms including nausea, lethargy, decreased appetite, constipation, decreased size and force of the urinary stream, and a 5–7 kg weight loss,” writes Hansen.

Although he did not recall a recent tick bite, he had been bitten previously, so serologic tests for Lyme disease were performed. Because his titers of B. burgdorferi IgG were so high and he had a history of tick bites and a rash, a lumbar puncture was ordered. Results were positive.

His symptoms, except for fatigue, resolved after a 3-week course of IV ceftriaxone.

8) Case Review: 80-year-old with Lyme encephalopathy instead of dementia

“An 80-year-old patient was admitted to the hospital after a fall, and subsequently developed an acute confused state.

The authors point out their case report demonstrates the possibility that confusion or acute encephalopathy can be a presenting feature of neuroborreliosis.

The man was diagnosed with delirium, potentially related to dementia. An abnormal F18-FDG-PET scan was interpreted as consistent with early Alzheimer’s disease. And memantine was prescribed. However, the patient remained confused.

He also had an elevation of the chemokine CXCL13. And while this is not yet validated as a routine diagnostic tool, CSF [cerebrospinal fluid] CXCL13 may be another option to increase sensitivity and accuracy in diagnosing neuroborreliosis, next to CSF lymphocytic pleocytosis, explains Karrasch.

The patient was given a 21-day course of ceftriaxone. As a result, his confusion and delirious symptoms resolved.

9) Anaplasmosis in the brain

A 64-year-old woman was hospitalized with a 24-hour history of confusion and lethargy. The following morning, her lethargy had worsened and she developed subjective fever, mild headache, nausea, vomiting and increased confusion.

The physical exam revealed the presence of an engorged tick behind her knee. PCR testing for Anaplasmosis was positive.

The time from transmission to symptom onset in anaplasmosis can be within 24 hours, the authors point out.

“The patient has had marked improvement and returned to her cognitive baseline 3 months later,” wrote the authors.

This cross-sectional study reveals a high symptom burden in 1,168 individuals with a history of Lyme Disease.

Hello again Dr Cameron,
When I sleep flat in my bed, my eyes swell so large and it takes 2-4 days for the swelling to leave. So I sleep in my recliner. In the last 4 or so months even in recliner I have both sides of my face numb lately it’s face back of head moving down in the neck. I’ve also noticed that I have swelling where my glasses sit above my ears all day long plus the excessive sweating I’ve been dealing with. I have had steroid injections both side of neck July I think. It didn’t work so we had nerve burns late August early September it seems they didn’t work either and the headaches are like bombs showing up in different parts of my head at any given time. The last 6 days I’ve been totally exhausted not even getting dressed. Sleep and have dried moisture around my eyes like a drainage that’s dried up. I’m getting to a place where I fear dying. Don’t know what to do. Any help? I appreciate you answering me.