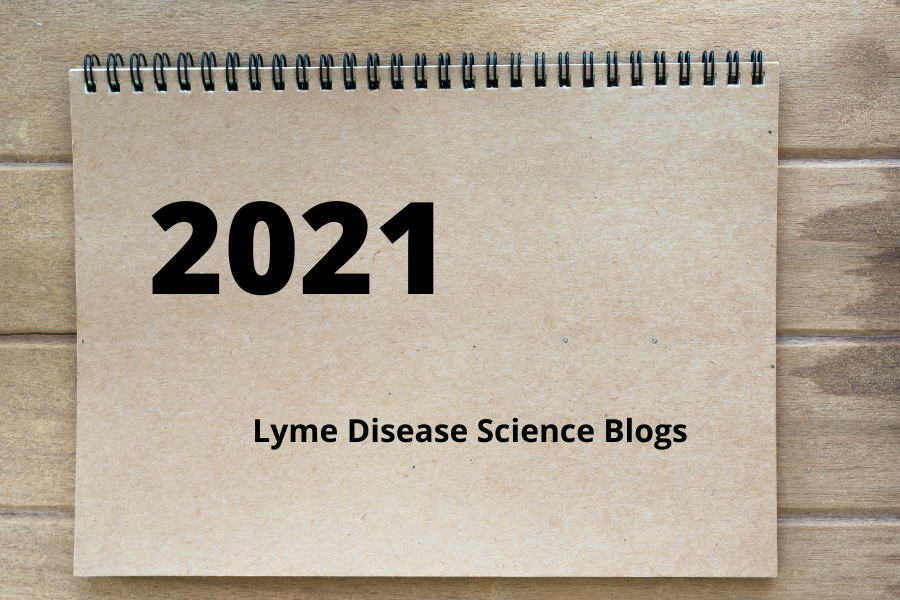 The top Lyme Disease Science Blogs for 2021 covered a range of topics. The potential impact of a COVID-19 vaccine on Lyme disease patients and the overlapping presentations of the two illnesses was of particular interest. Other popular blogs included those highlighting the unique manifestations of Lyme disease.

1.)  Should Lyme disease patients with an impaired immune system get the COVID-19 vaccine?

The Centers for Disease Control and Prevention (CDC) posted mRNA COVID-19 vaccination considerations for people who have a weakened immune system. “People with HIV and those with weakened immune systems due to other illnesses or medication might be at increased risk for severe COVID-19.”  Individuals with Lyme disease, who may have an impaired immune system, have expressed concern over the vaccine.

In a recent study entitled “Detecting Borrelia Spirochetes: A Case Study With Validation Among Autopsy Specimens,” researchers describe a woman with Lyme disease who was later diagnosed with Lewy body dementia.

An autopsy revealed spirochetes in the brain and central nervous system. However, the authors could not determine if the dementia was caused by the Borrelia burgdorferi infection.

The authors of a new article explain, “One of the dozens of unusual symptoms that have emerged in COVID-19 patients is a condition that’s informally called ‘COVID brain’ or ‘brain fog.’ It’s characterized by confusion, headaches, and loss of short-term memory. In severe cases, it can lead to psychosis and even seizures.” Could cytokine storms lead to brain fog in Lyme disease patients?

4.) Herxheimer reaction in a 13-year-old boy with Lyme disease

In a recently published paper, Nykytyuk and colleagues describe the case of a 13-year-old boy with Lyme arthritis, a common manifestation of Lyme disease, who developed a Herxheimer reaction when treated with doxycycline.

“A 13-year-old boy was admitted to the regional hospital with complaints of left knee swelling, hip, ankle and cervical spine pain,” the authors write.

Little is known about exactly how ticks detect odors and what smells repel them. “Improving our understanding of tick olfactory mechanisms and odor driven behaviors is key to enabling development of new repellents,” writes Faraone, lead author of the study.

I have identified several factors that might have contributed to treatment delays in 15 Lyme disease patients. All 15 subjects failed their initial antibiotic treatment. In many cases, their illness could have been mitigated had diagnosis and treatment occurred in the early stages of the disease.

These 15 patients were part of a case series which included 100 Lyme disease patients who were treated at a single private medical practice. The study was described in the Journal Evaluation Clinical Practice. All patients in the series met the CDC’s two-tier criteria with at least 5 out of 10 IgG positive Western blot bands.

A recently published study by Sowula and colleagues provides further evidence that Lyme disease can trigger vertigo and hearing loss. In their article “Vertigo as one of the symptoms of Lyme disease,” the authors examine the frequency of vertigo symptoms and potential labyrinth damage in patients with diagnosed Lyme disease.

“One alleged group of diseases which can trigger vertigo involves infectious diseases of the nervous system,” the authors explain. “Increasingly, tick-borne illnesses [such as Lyme disease] are a potential cause of neurological symptoms reported by patients, including hearing loss, tinnitus, ataxia and vertigo.”

In their study “Bilateral Facial Nerve Palsy in a Young Woman From West Bengal: Do Not Forget Lyme Neuroborreliosis,” Kayal and colleagues describe the case of a 23-year-old woman, living in India, who was misdiagnosed with bilateral facial nerve palsy.

According to the case report, the young woman was admitted to the hospital with “rapidly evolving progressive weakness of all four limbs, and lancinating pain over the back of the neck and lower back, radiating to upper and lower limbs.” She was diagnosed with right-sided Bell’s palsy but Lyme disease was not considered, initially.

Over a 5-year period, the woman’s distal bite was treated with removable and fixed orthodontic appliances. Three months after the first symptoms, “the patient developed increasing pain in the right TMJ, increasing active mouth opening restriction to 20 mm and a habitual deviation of the lower jaw to the left.”

Although the patient did not recall a tick bite or EM rash, testing for Lyme disease was positive and she was diagnosed with Lyme arthritis affecting the right temporomandibular joint.

POTS symptoms have been identified in a group of patients following COVID-19. POTS typically occurs “after viral or bacterial infections, such as Epstein-Barr virus, influenza, and Borrelia burgdorferi infection, [the causative agent of Lyme disease],” explains Blitshteyn and Whitelaw.