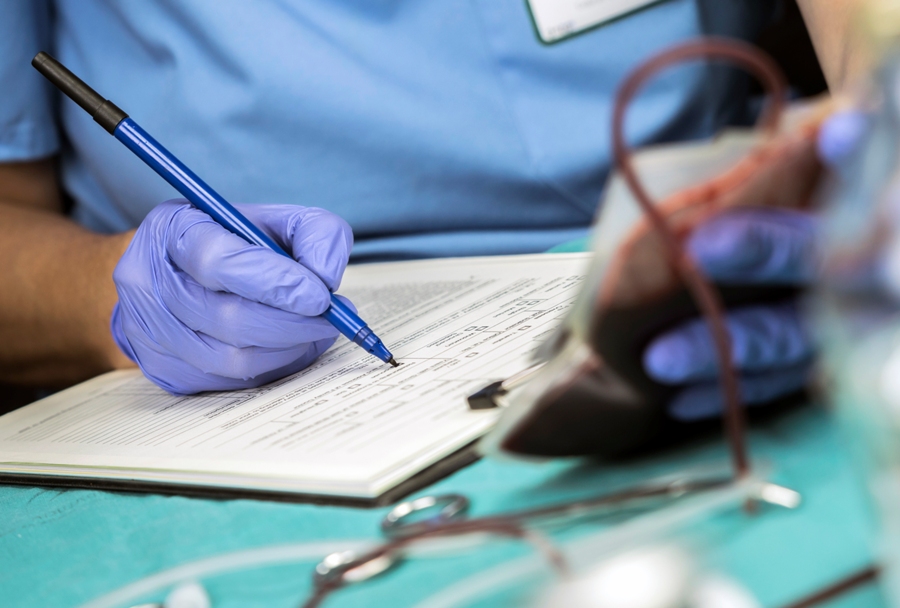 Babesiosis is a parasitic disease transmitted primarily through the bite of an infected tick but it can also be spread through tainted blood transfusions or less frequently via organ transplantation or perinatally. The severity of Babesia can range from asymptomatic to life-threatening. In immunocompromised patients or in those who have contracted the disease through blood transfusions, a Babesia infection has a fatality rate of about 20%. [1,2]

Although the majority of Babesia cases are treated with antimicrobial agents, patients with severe cases may require an exchange transfusion (ET). In their article, “Repeat exchange transfusion for treatment of severe babesiosis,” Radcliffe and colleagues describe the case of a 73-year-old woman with an extreme case of a Babesia infection, who was immunocompromised. [3]

Approximately 1 month after camping in New Hampshire, the woman developed malaise, headaches, weakness, anorexia, and nausea, which lasted for 4 days. She did not recall having a tick bite.

The patient had a history of splenectomy, an autoimmune disorder, and immunosuppression therapy. “Her medical history was signiﬁcant for longstanding rheumatoid arthritis treated with weekly etanercept and prior splenectomy for immune-mediated thrombocytopenia,” writes Radcliffe.

A blood smear revealed a parasitic burden of 43% and anemia with hemoglobin 9.2 mg/dL. “She was started on azithromycin and clindamycin and transferred to our hospital,” writes Radcliffe.

The woman was admitted to the intensive care unit for hypotension. She initially needed fluids and vasopressors, as well as supplemental oxygen for a pulse oximetry of 88%.

Her treatment for the Babesia infection was changed to include: IV clindamycin, oral quinine sulfate, and oral doxycycline, as empiric treatment for possible co-infection with Lyme disease and/or anaplasmosis.

And on day 1, she received a red blood cell exchange transfusion of 12 units. This dropped the parasite load to 7.6%.

However, “despite a post-exchange drop in parasitemia to 7.6%, it rebounded to 11.4% on hospital day 5 accompanied by new onset high fevers and hypoxia,” explains Radcliffe.

On day 5, she received her second exchange transfer, which lowered parasitemia to 2.2%.

“She improved after a second exchange transfusion and ultimately resolved her infection after 12 weeks of anti-babesial antibiotics,” writes Radcliffe.

She underwent extended treatment for the Babesia infection, in part due to a parasitemia at day 9 of 1.7% and <1% at day 19.

There are only 6 other cases in the literature documenting exchange transfusions in patients with Babesia. Unfortunately, one of those patients died.

“Our present case is instructive,” the authors explain, “because two ETs were necessary for cure despite a marked lowering of parasitemia after the first ET (81.5% reduction) and an extended anti-parasitic regimen…”

The authors conclude: “These cases highlight the need to remain vigilant when managing babesiosis in highly immunocompromised patients.”

Editor’s note: This patient’s case should serve as a reminder of the risk Babesia poses for immunocompromised patients with autoimmune disorders such as rheumatoid arthritis.

No Replies to "A severe Babesia infection"